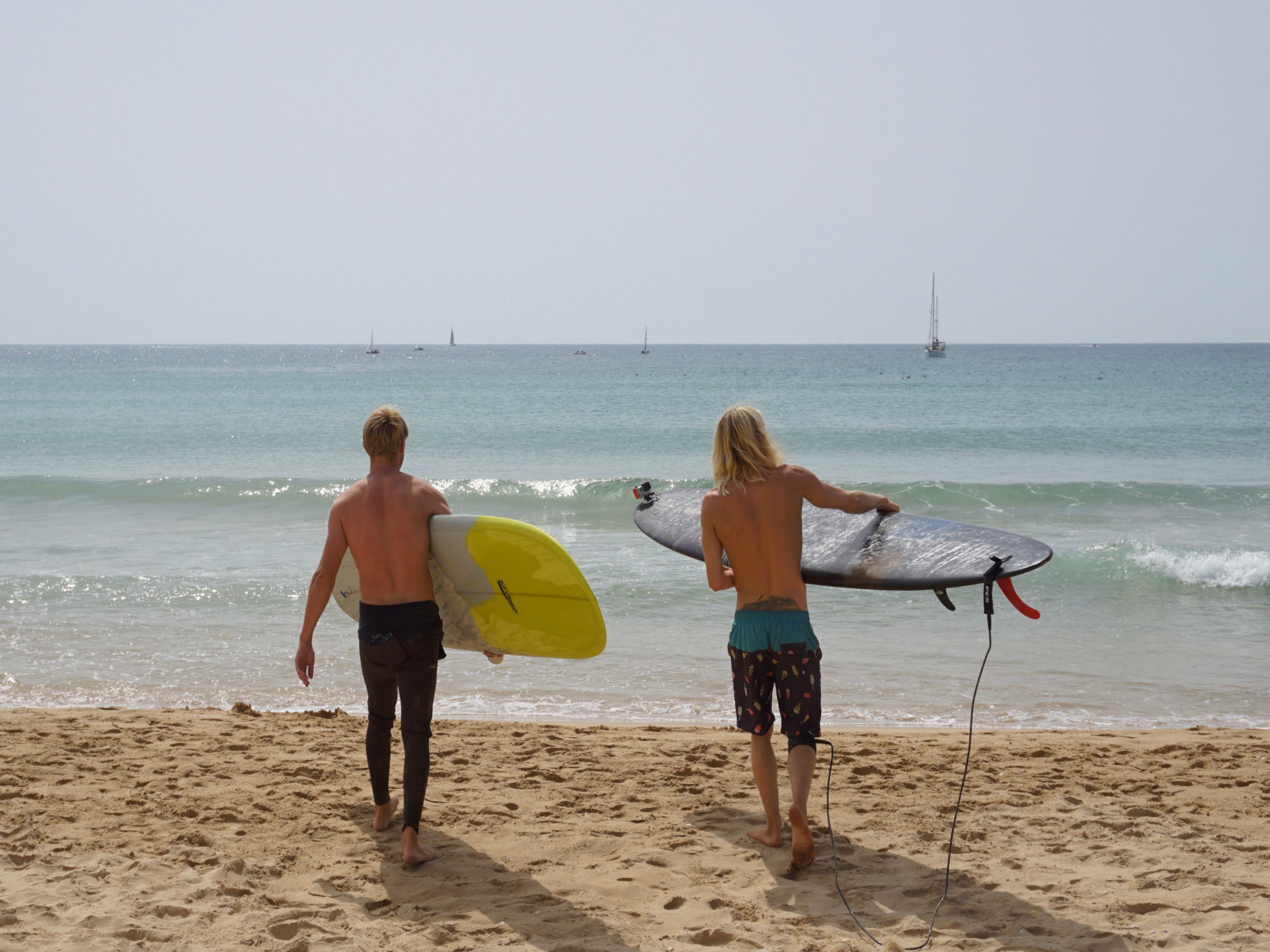 Meia Praia is one of the very few beaches where we get to surf Portuguese waves in boardshorts sometimes. Consider yourself lucky if you hit Lagos with the right swell directions during summer for this! 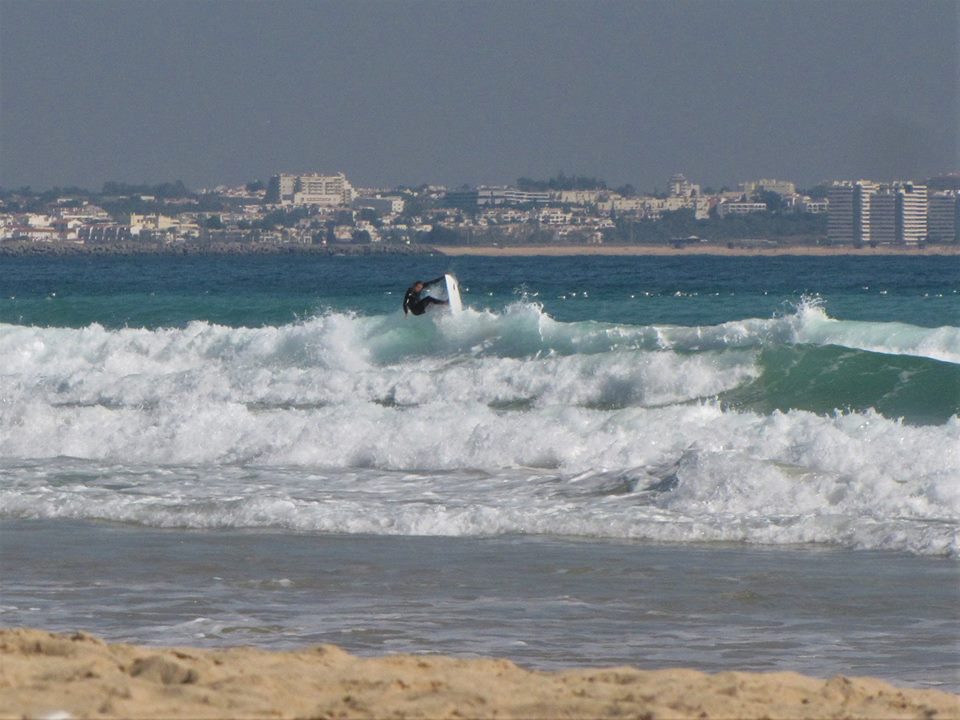 Surf at Meia Praia beach in Lagos is not very common but when the right swell hits it, it usually results in friendly waves. The beach has a sandy bottom without rocks and can get busy but due to it’s many peaks it does not feel so crowded.

Meia Praia is amongst longest beaches of the Algarve. It stretches over 5 kilomters from Lagos towards Alvor and is located only a short walk from Lagos’ town center. Mostly because of that, it is a popular beach tourism destination in summer. There is plenty of free parking space around and a good number of beach bars, although most of them do close in the winter months.

When to surf Meia Praia

Meia Praia is one of Europe’s largests open lagoons and south east facing. Therefore it offers calm waters most of the days. But with the right swell and wind direction, it brings plenty of good waves right on our doorstep. This beach starts working at 3ft and up to around 6ft when it usually becomes too rippy and almost impossible to paddle out. Most commonly, the surf at Meia Praia is a friendly and mellow wave up to 4ft. It breaks quite close to shore which makes it great for beginner-intermediates. But don’t be fooled: there are plenty of days where this beach becomes every surfer’s best friend and you’ll see fresh students and local rippers sharing Meia Praia’s amazing surf.

What should I pay attention to when surfing at Meia Praia?

When the surf at Meia Praia is on, it is often the place to be for beginner-intermediates and there are no rocks to worry about. But make sure you speak to a local and be aware of strong rip currents when the waves are bigger. The presence of surf schools is usually a good indicator that it’s safe to go in. During summer this beach can be packed with beach goers, swimmers and surf schools alike. Always be careful with swimmers in the front and keep an eye out for the buoys indicating boat zones as well. And as usual, give enough space to the locals who want to enjoy it as well when the surf finally hits their homespot.

Other surf beaches around Lagos:

Want to hit Meia Praia at the right time for good surf? 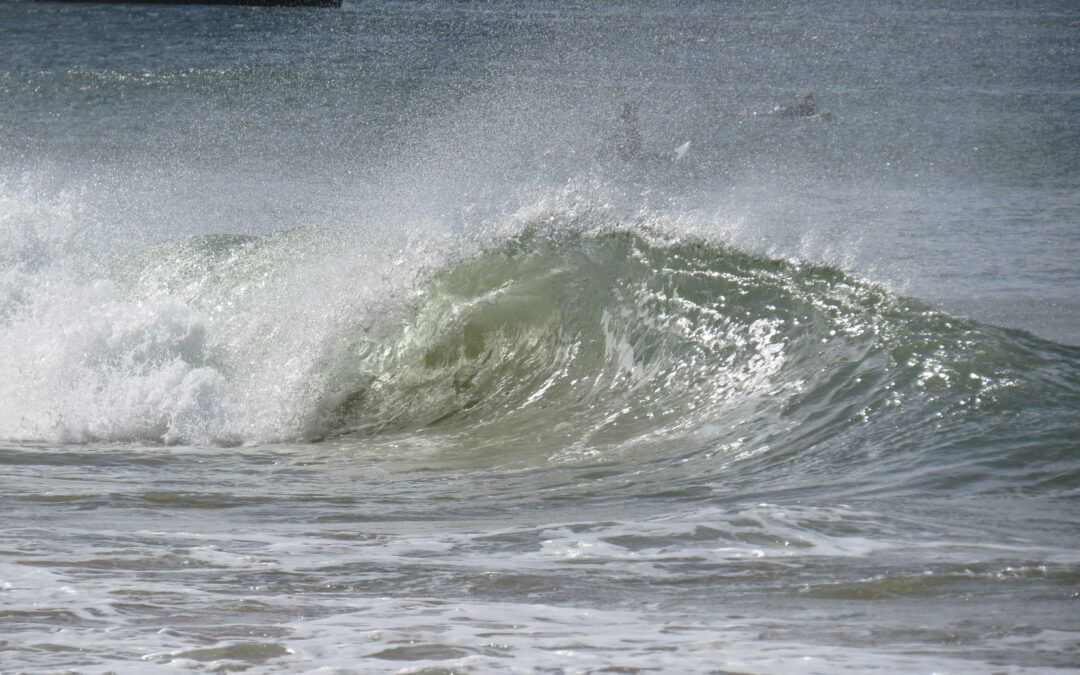 Offshore waves That's what we all aim for. A surf session with offshore waves. With a bit of an island set-up the Algarve has an offshore beach always somewhere. But there is not always a surfable wave on that beach. Especially not now summer approaches. Today we get... 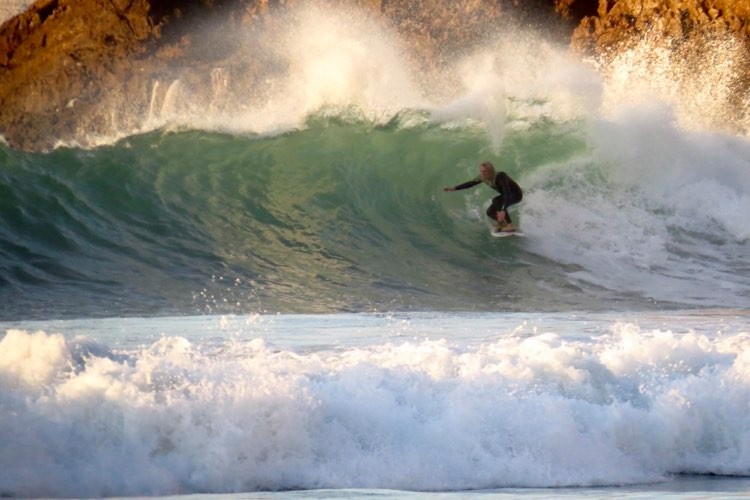 Epic sessions in the Algarve with no guiding

Epic sessions With spring in the air, the Algarve is possibly one of the best places to be (locked down). Surf guiding is still not allowed. Just like sitting down on park benches and a lot of other things. But with beautiful weather, good swells, and favorable winds... 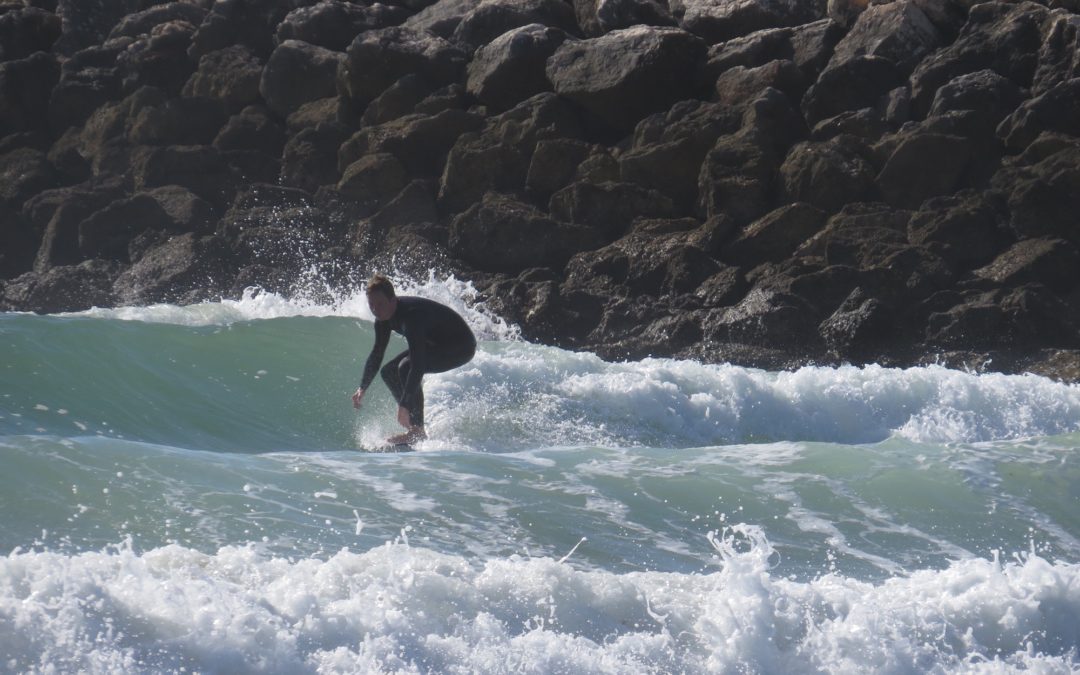 Meia Praia surf, Living (near) Lagos means a lot of good things. First, it is sunny about 366 days a year. Second, there is a lót of cool places to go and things to do. Third, we always have to drive at least half an hour to get to the surf. O wait, that last one... 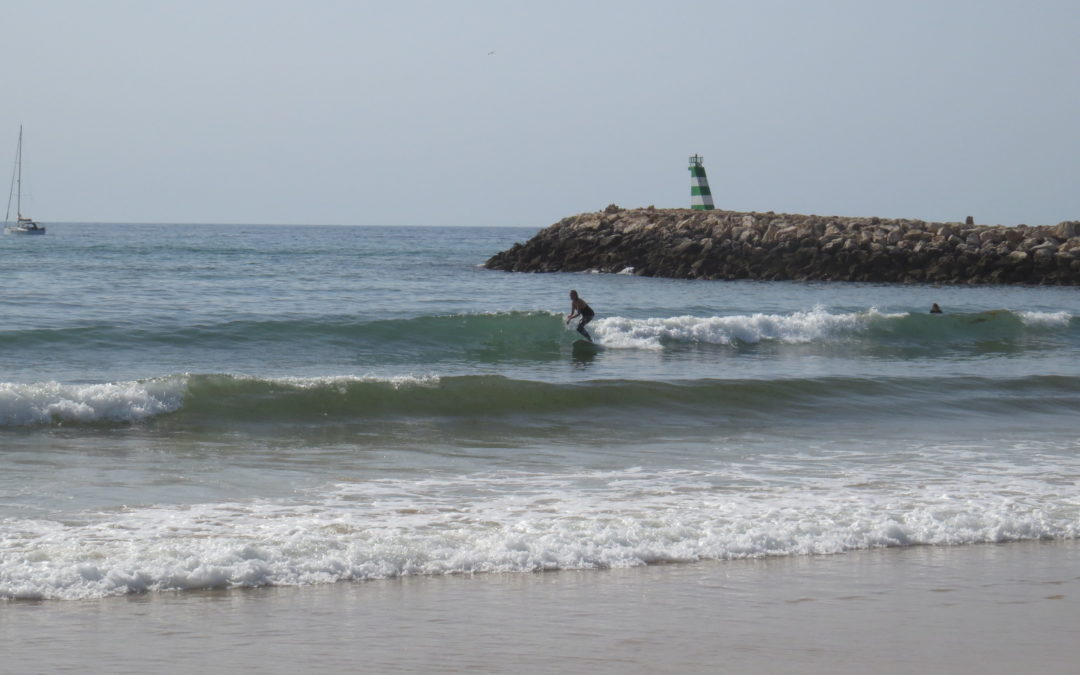 Meia Praia surf, When you are lucky and you are in the Algarve in summer you might get some swell from the south. Or as the locals call this: Sueshte. (not sure if i spell it correct but thats kind of how you pronounce it. It means swell generated from the south-east.... 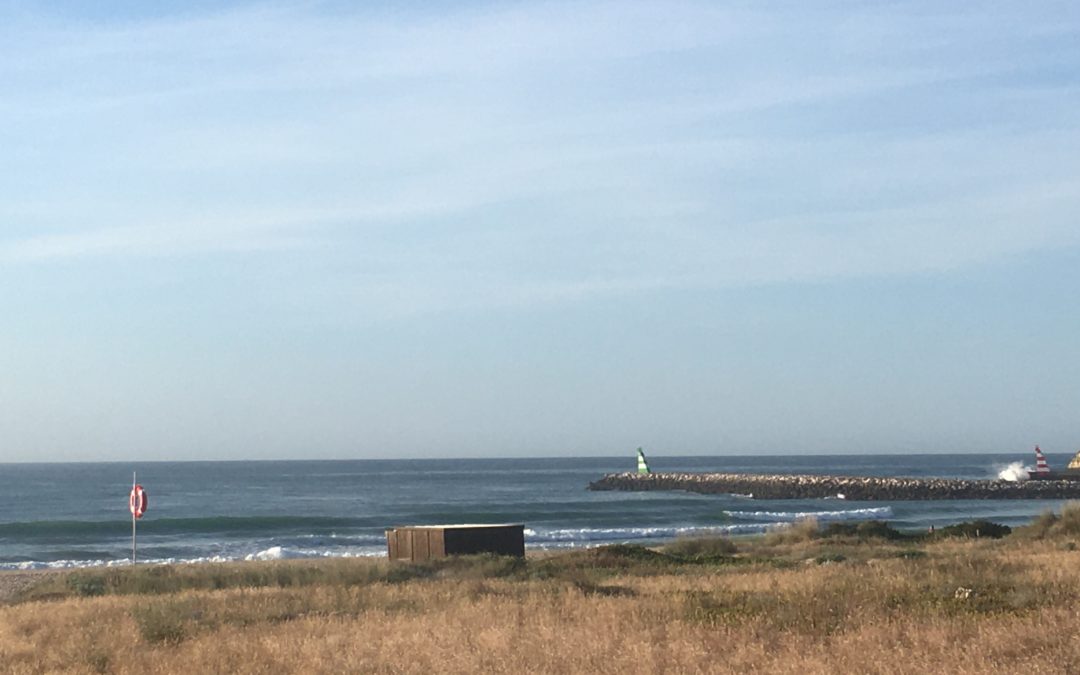 Meia Praia with so many beautiful faces

Meia Praia, our backyard, Its so hot you simply can not believe it. Where most people would think ´sweet, the sun is shining, lets go outside´ here its more about planning your physical activities on the most cool moments off the day. And because you can not stay... 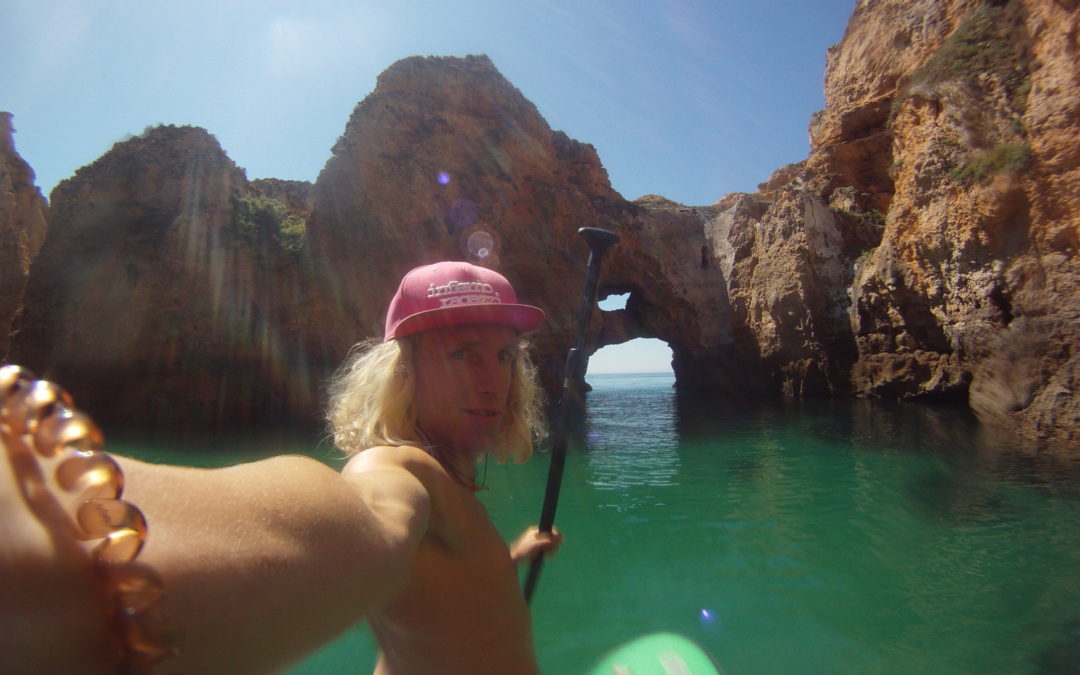 Dreamy adventure without waves off the coast from Meia Praia

No waves, no fun? Here in the Algarve it rarely ever happens that the ocean does not provide any waves. The Algarve being like an island catches swell from almost all directions. This means that the days there are no waves in a year, you can probably count on one... 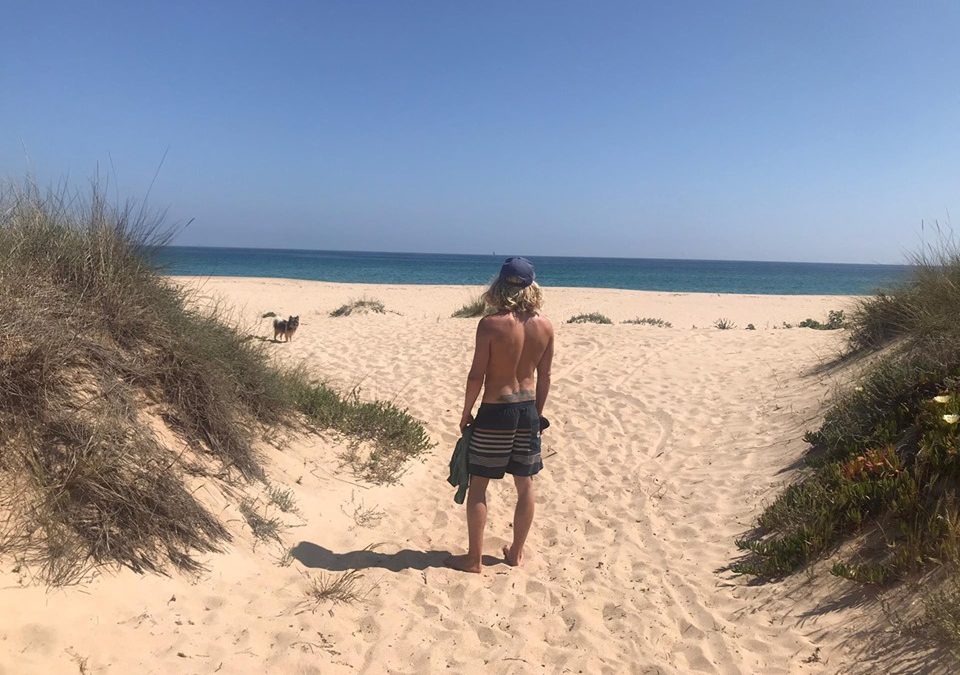 Sun´s out logs out at meia praia!

Meia praia surf, When meia praia has waves we hear them at night. It is absolutely impossible to tell if it is a head high wave that you hear or a 5cm ankle slap that wont even turn on the smallest surfing midget. What is for sure there is Sudeste swell. How big it... 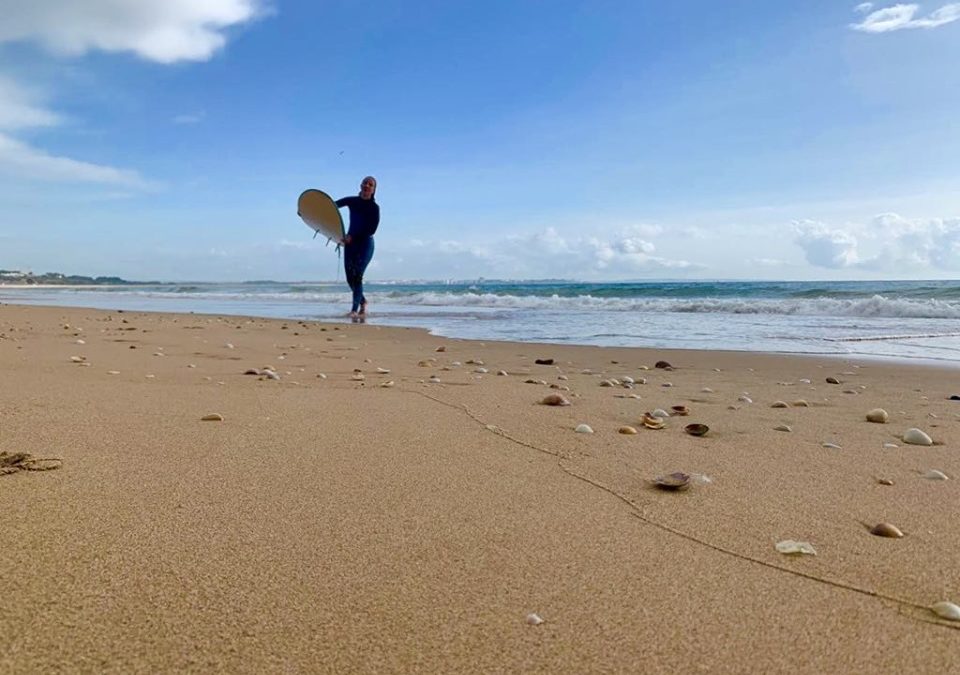 Surfgirls rule! A girl, a surfboard, waves... What more can you dream off. Right? These waves have usually a little less power and because of that are a lot more beginner friendly. We had a vip-guest for a week who had mastered the basics, knew all the rules and was... 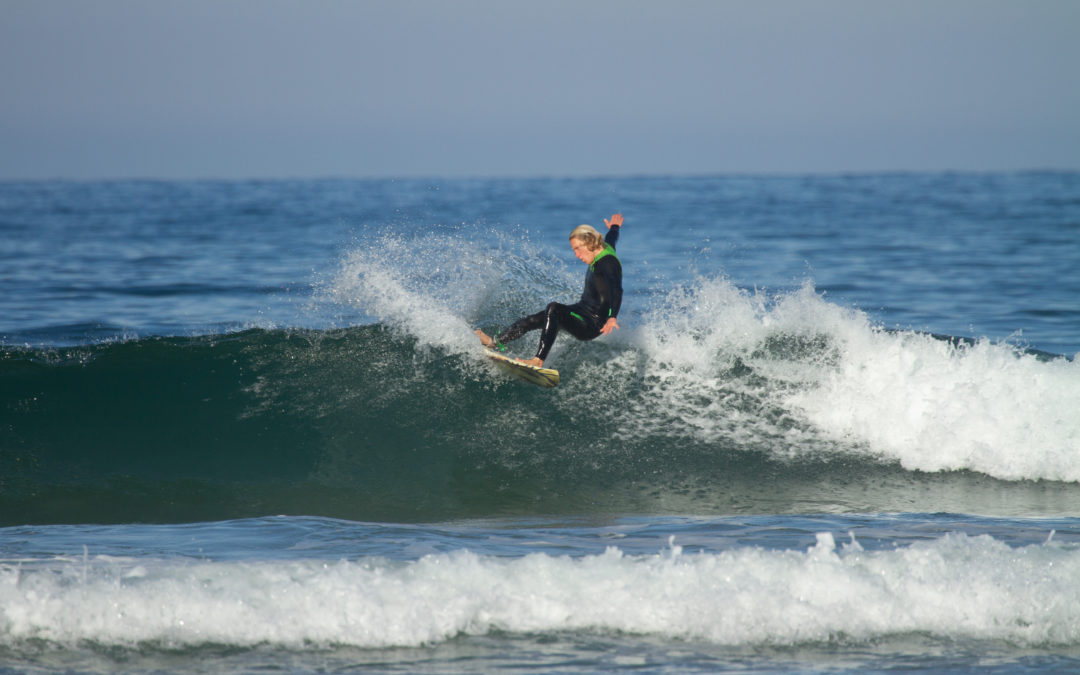 Dream surf trip, Close your eyes, and think of your dream surf trip. Ok, ok, you are right, you would surf in boardshorts and get so barreled that you wish there was a section for turns. Well that´s why i said Little dream surf trip. In my dream I would have a Jeep...

Porto de Mos surf, Sometimes when the swell is big enough and missis Surfguide has a day off we go and play in the usually somewhat smaller waves at Porto de Mos. If there is guiding action that usually means that Annemarie (missis surfguide) is missing out on the...