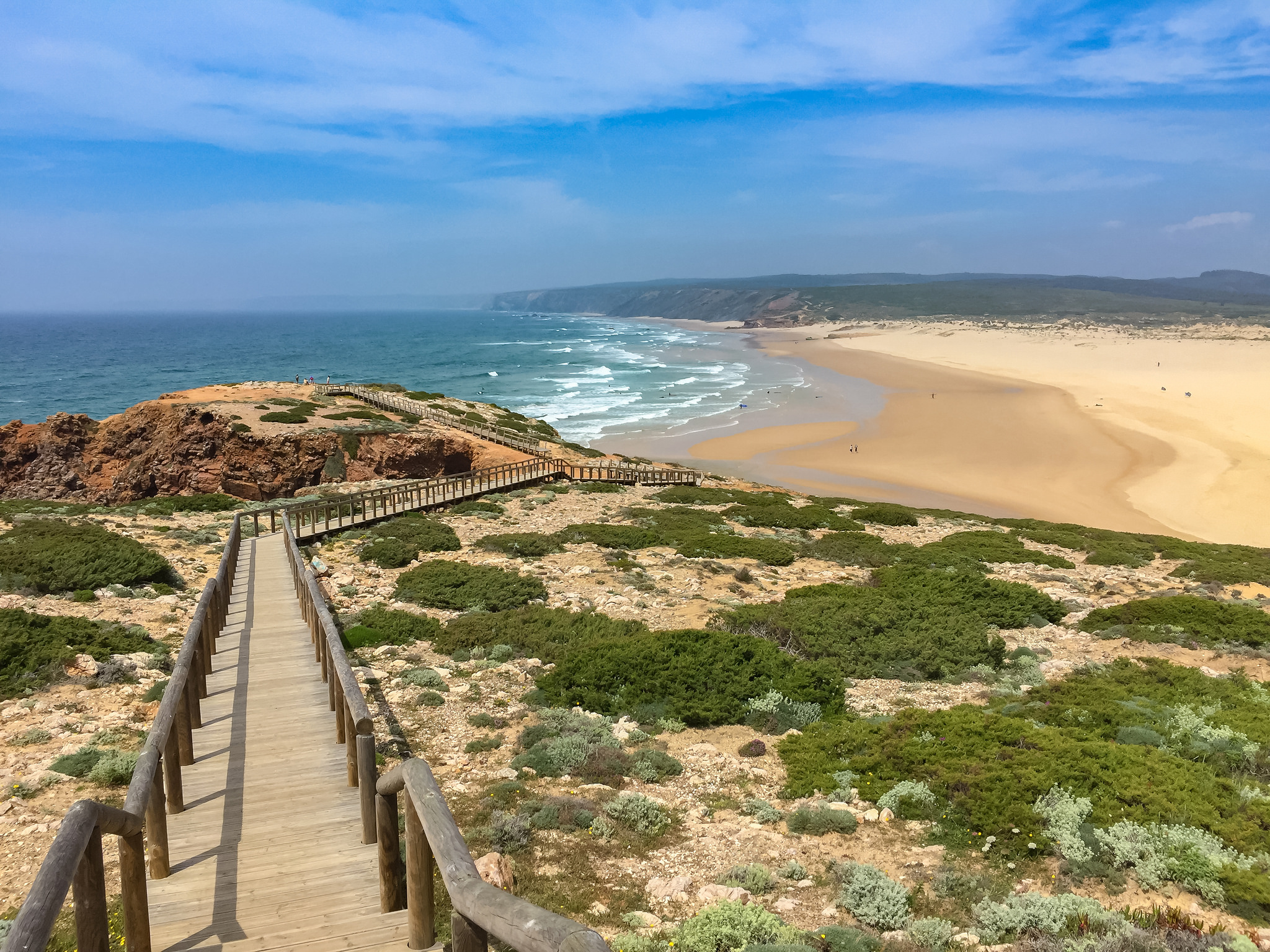 The footbridge on the rock on the left hand of Praia da Bordeira was partially destroyed by the storm ‘Hercules’ in 2014 when waves came crashing over this high cliff. A not so subtle reminder of the power of the ocean. 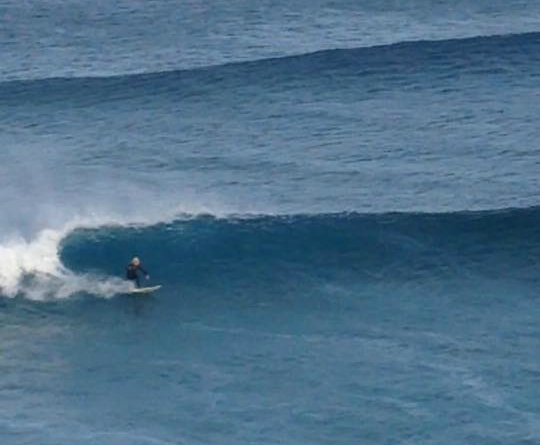 Bordeira is a true swell magnet. This means you will find surf at Praia da Bordeira almost every day of the year. Depending on the swell size and period, the waves range from beginner friendly to experienced or even big wave surfers only. It has an almost completely sandy bottom and many peaks to choose from but can be rippy and is easily influenced by the wind.

Bordeira beach is located just north-west of Carrapateira. As opposed to most of the cliff beaches in our area this beach is for a large part surrounded by sand dunes. Many people call it the prettiest beaches in our region. From May/June to October you’ll find a beach bar and life guards on this beach. The restaurant at the edge of Praia da Bordeira is perfect for lunch and dinner all year round. The town of Carrapateira is only a short drive from here. There is plenty of free parking both at the bottom and top of the cliff but toilet facilities are non-existing.

When does the surf at Praia da Bordeira work?

Praia da Bordeira is a very long-stretched beach facing north/north-east. With the Algarve surf most often coming in from the north and north-west, this means this beach will catch it all. This is great but you do need to know which conditions are good for you. The waves start working at around 2ft and this beach can hold up to around an impressive 12ft but will be off-limits for non-experienced surfers long before that. Due to it’s exposed location you’re often dealing with on-shore winds and the line between ‘messy but nice’ and ‘completely blown out’ is thin.

Bordeira harbors a gorgeous left-hand point break that even creates long barrels on its best days. Be aware that this point should be surfed by experienced surfers only as it breaks in front of a cliff and the water is scattered with rocks. Obviously you should always be extra respectful to the locals when paddling out here.

More easy going is the beach break. The sandy bottom makes it a generally safe place to surf but it also means it’s fickle as the banks shift around a lot. There are usually a lot of peaks to surf. So even during the busiest summer days, you are able to find some peace and quiet a bit further down the beach. Be aware of the rocky spot in the middle of the beach which is clearly visible. When the swell is not too big, the surf at Praia da Bordeira can be great for beginner-intermediates with mellow waves an many rips to easily take you out back. But when it gets bigger, this can quickly turn around. Always make sure you are well advised or book a surf guide!

Other surf beaches around Carrapateira:

Hit Bordeira at the right time! 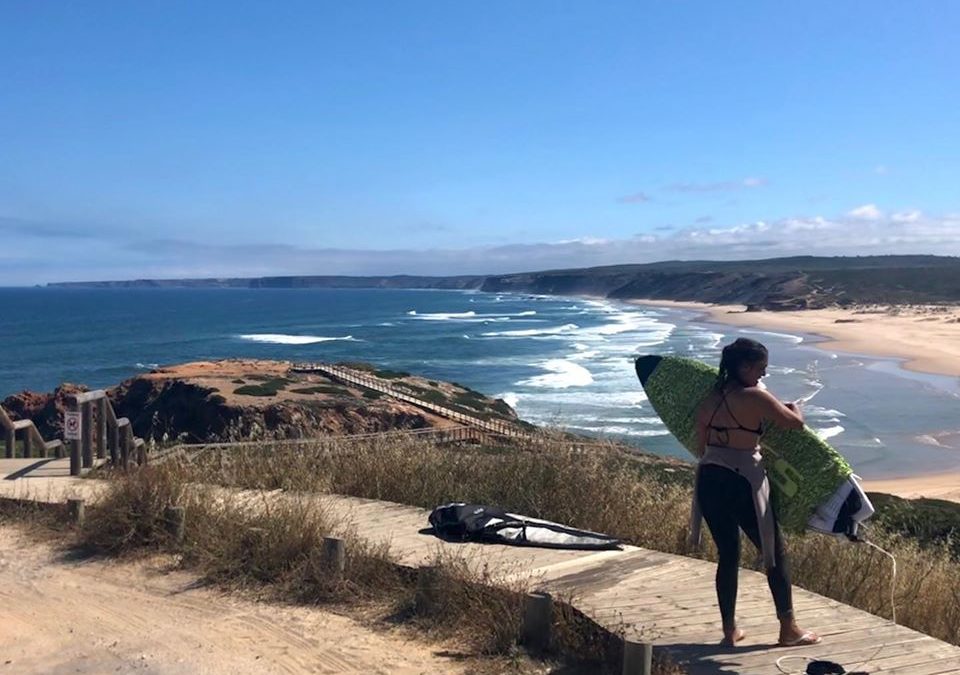 Private Surfguide, Even before the whole covid-corona situation started we always prefer to guide private, the reason is simple. Every person is different and this also goes for the surfing, where the one likes big surf the other prefers small waves. Even if the... 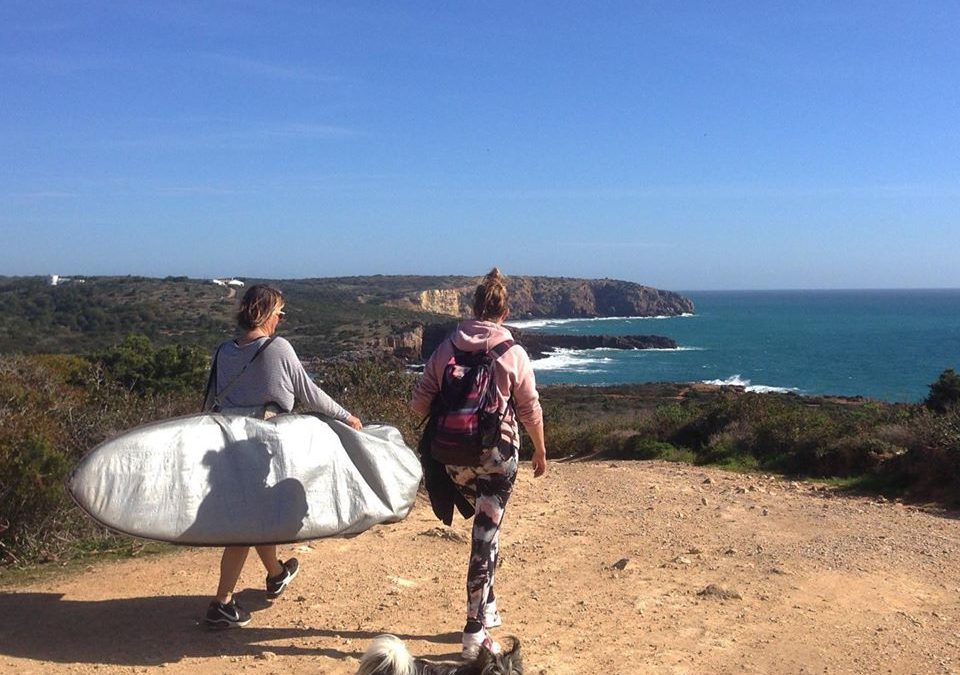 There is Always a Wave in the Algarve, when you are willing to Search

Search Algarve style, The search starts usually by looking at the preferences, surfing style and abilities of the guest, match that with the surf forecast and that will give one or two options. Today was a little different. There was onshore on the forecast and no one... 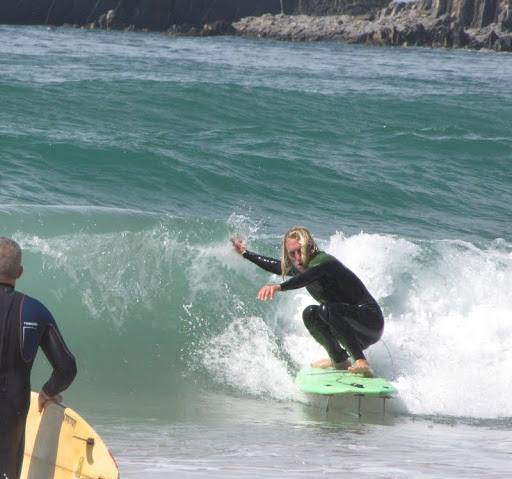 Bordeira swell magnet, Second adventure with the surfschool. Lucky for me we did not go to Arrifana this time. Instead we went to the long sandy beach of Bordeira. The swell was small but with zero wind the expectations where good. Fun surf, I am pretty sure everyone... 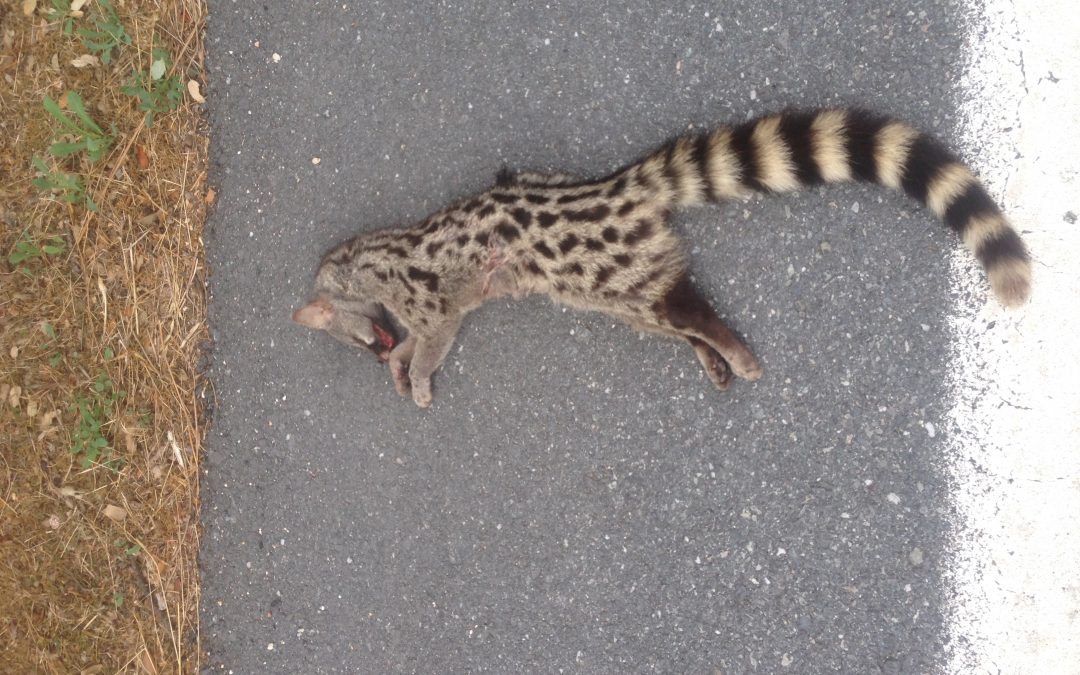 First of July, a morning filled with adventures

Swell on its way. In the Algarve we are generally very fortunate to have waves (almost) every day. But the last few days have been only good for absolute beginners on big foam boards (and even them started complaining after a few days I heard from a friended... 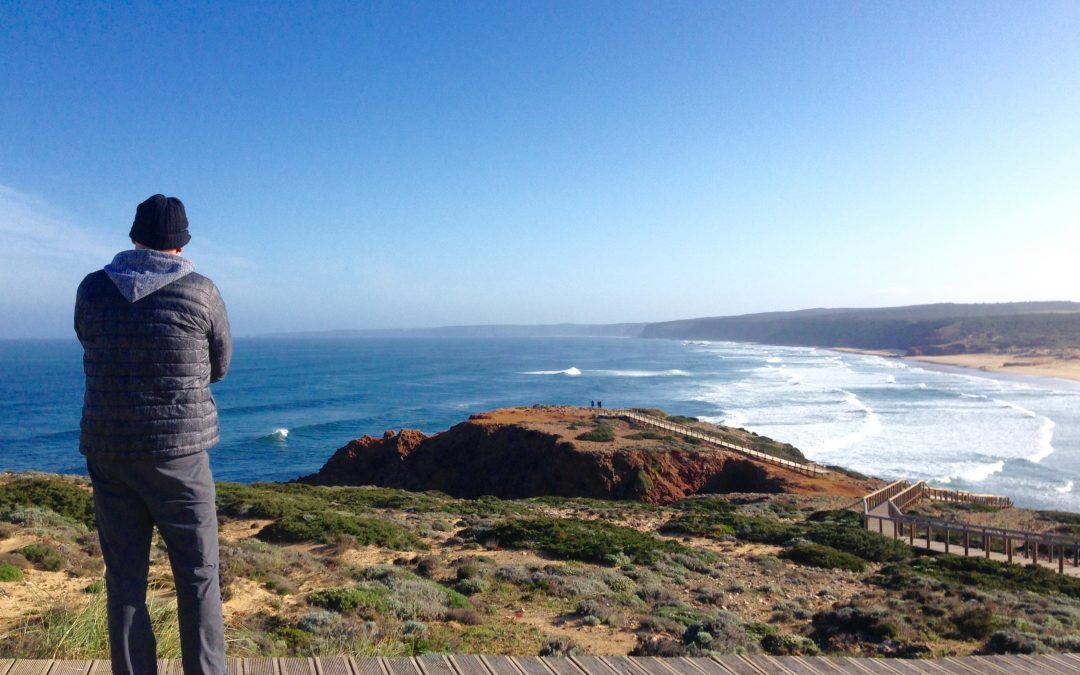 Winter in spring Rain or sunshine, for the surf it's all the same. But with an incredible dry and sunny winter behind us everybody kind of hoped for a little bit of rain. The dams were empty, the almond trees were already flowering in their last hope to survive,...