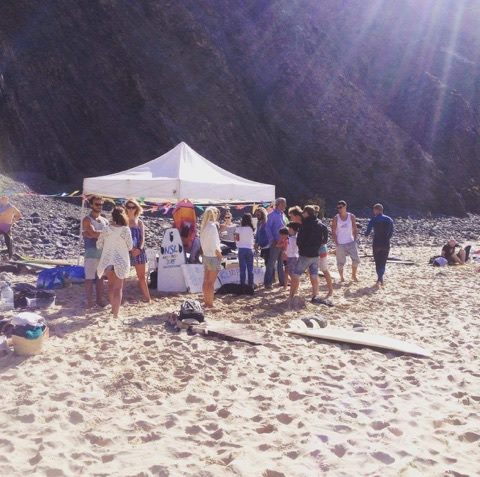 ”So you surf basically every day?” asked one of the girls of the surf shop the other day. In fact I do, most of the times not just one time a day either. So how come your still no Kelly Slater or can you at least throw some airs? Well… It’s harder than you might think. 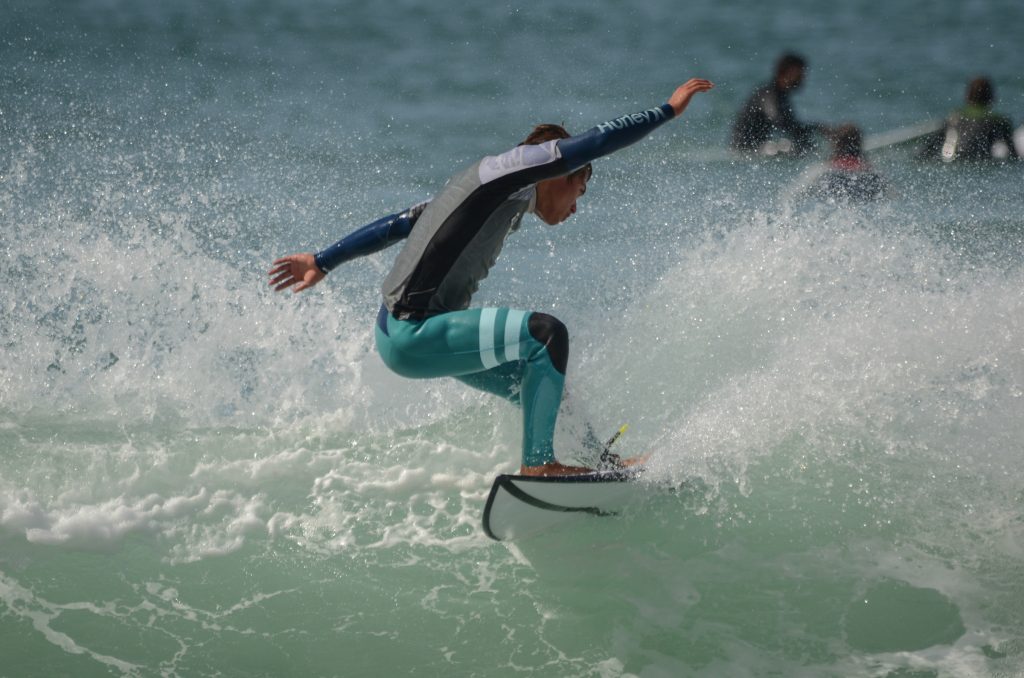 Funny enough the times I surf best are not always based on the best conditions. Not on a certain mood either. The last month has been a rollercoaster again. A broken van, many surf guiding and…the event. Also that was one of those moves that was just a little bit harder than you might think. It wasn’t hard to come up with the idea. Neither was it hard to get the word out. But it became more interesting when the date got closer and it looked like the beach we had the license for was not going to be surfable and we had to come up with a back up plan. In the end it all worked out and we got the license changed to the beach that basically always works; Arrifana. Blessed with the best forecast we could have wished for and 16 super eager competitors the event was a succes before it even started. 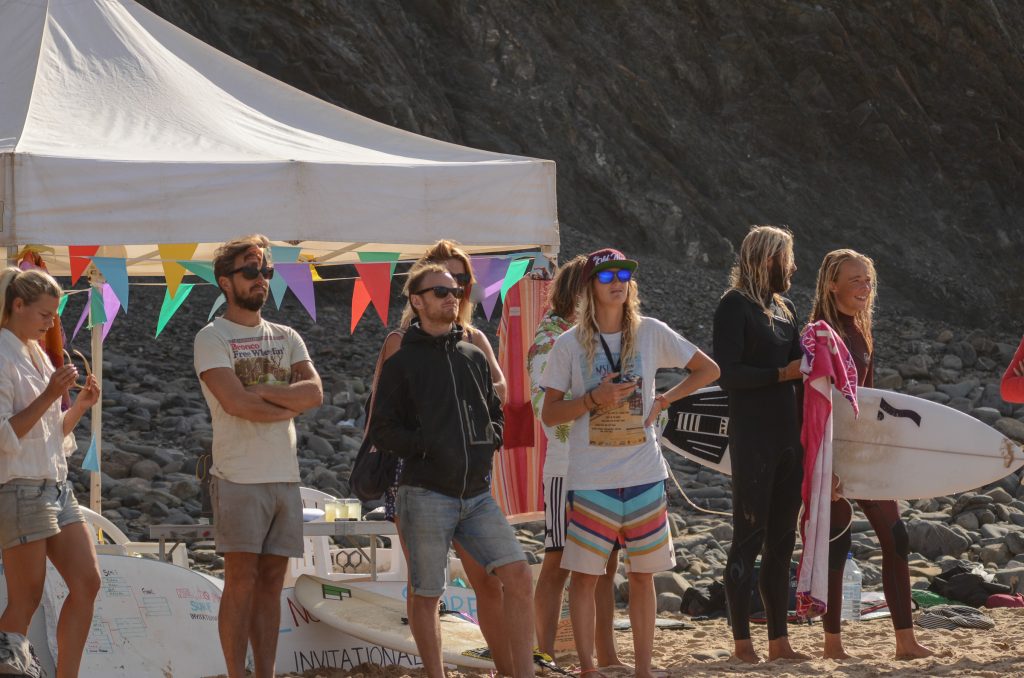 But it actually almost didn’t start at all. The day before the contest we heard a weird noise under the bonnet and let the mechanic check it. He fixed the problem, the van zoomed happily along again and I could go to bed without having to worry my van was going to break down stashed to the roof with people and everything you need (and don’t need) for an event the next day.

But of course it still did, break down I mean. Not even 5 minutes outside Lagos the van suddenly stopped making any sound at all and flashing all lights in return. Four people inside, 6 boards, signs and decorations, snacks, 7.5 liter of home made lemonade (from 50 lemons, (sponsored by The Beach Bar ;)) prices (sponsored by Kavanusurf, Lagos Surf Center & JahShaka, thanks again guys.) and a lot of other stuff. So we could only pull over but funnily enough, not 5 minutes later a friend was yelling from the top of the viaduct behind us, asking what the hell I was doing there. I actually asked him the same thing and he replied that he shouldn’t even been driving on that road but had a inner feeling he ‘had to turn left and look down towards the highway’. Funny no? Anyway let’s not get all hippie about it and go back to the surfing part of the story. 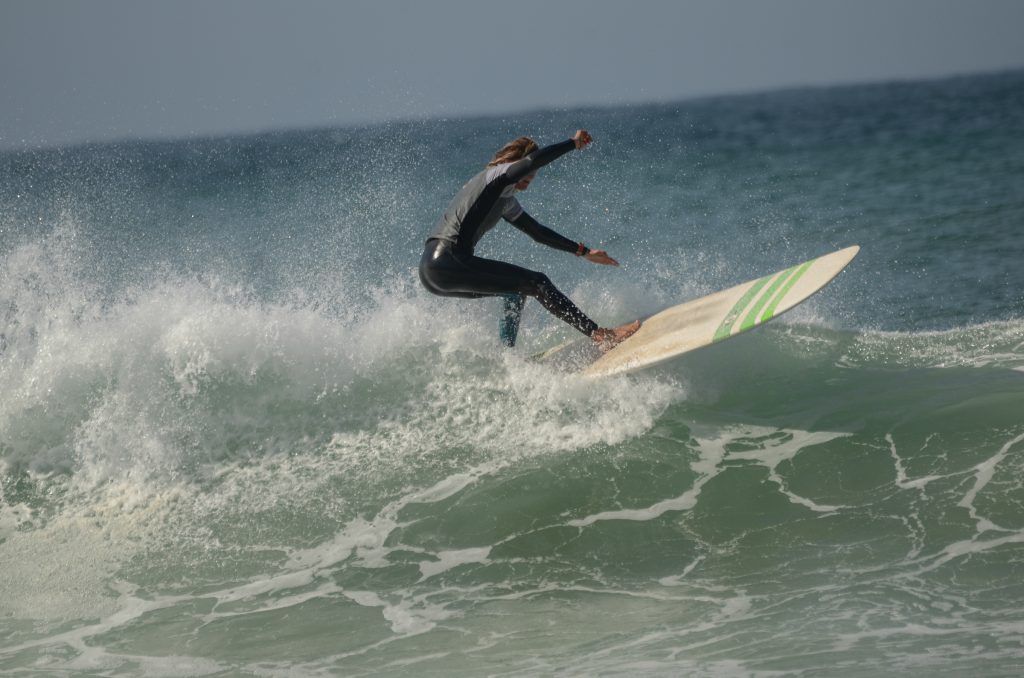 Within another 10 minutes, five more cars (all competitors) had joined us by the side of the road and we loaded everything from the van into the cars and continued the journey. (Well.. Everyone except head judge aka my girlfriend who patiently waited for the tow truck… thanks again darling.) And luckily from that moment, things went smooth. Aldo’s tent (thanks again bro) was set up in the middle of Arrifana beach in minutes and with some party flags and hand-made signs it looked kinda professional in no-time.
Instead of a regular horn we organised a ‘buzio’ shell to do the signalling from the beach to the competitors when to start-stop the heats. I know a few of my stronger points and now I also know another weak(er) point, I simply sucked at this and so did most who gave it a go. Luckily (really?) Annemarie came walking up on the beach at heat 3, some miracle had happened and she borrowed another truck from Extreme Algarve (thanks again guys.) And she took over the buzio blowing and payments and snacks and judging and… everything. Now it was time to clear my mind and surf my ass off. 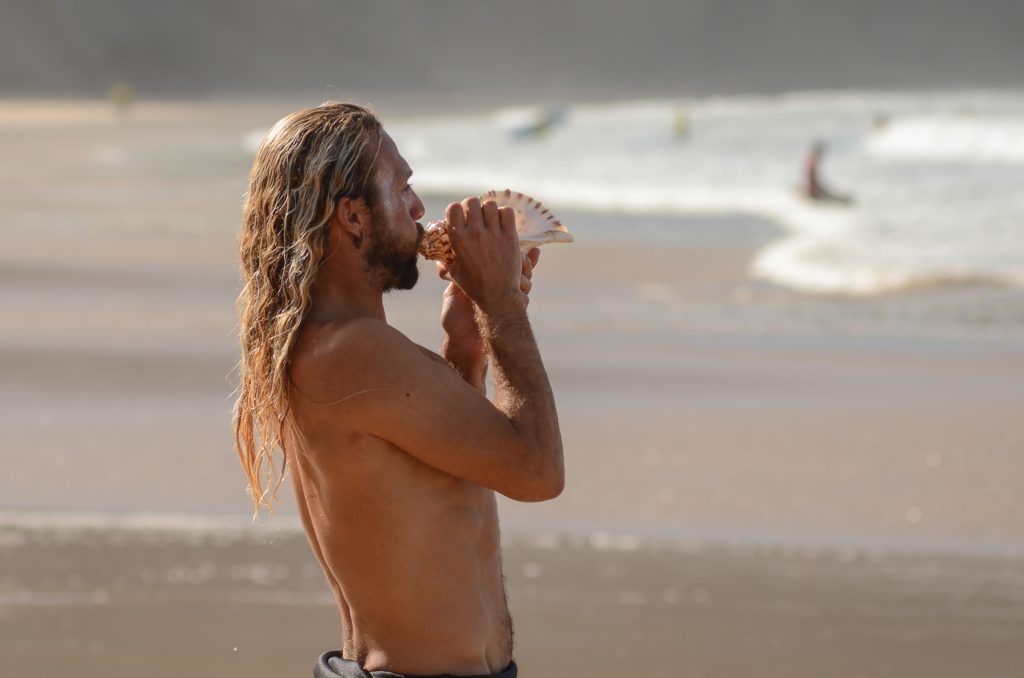 The person ripping absolutely hardest wasn’t one of the boys… it was actually the only girl. But Marieke pushed it actually a bit too hard. After her heat finished she tried to kiss her board while she was still in the water and ended up with a big cut in her lip. Often things look a bit messy when there’s blood and water at the same time but this time it was really a bit messy and Marieke + her boyfriend had to leave the event site and go to the hospital. Everyone surfed as good as they could and the beach was now also filled up with spectators. About 70 people on the beach hooting and shouting with every good move, bad wipe out and the occasional drop-in.

The four man final went down between two guys from Italy, one Dutchie, and one Danish/Portuguese(?) kid. Italian Tommy took the honor of the first place, I came in second and Massimo & Oscar finished at a shared 3rd place.
After the price giving we had a lucky draw and to finish the event with a bang Annemarie arranged a bottle of Champagne to close it with style. This day goes down as one of the best days in my short life. About a million pictures have been taken, about half of them is open for public on my facebook: https://www.facebook.com/surfguidealgarveNSL/ 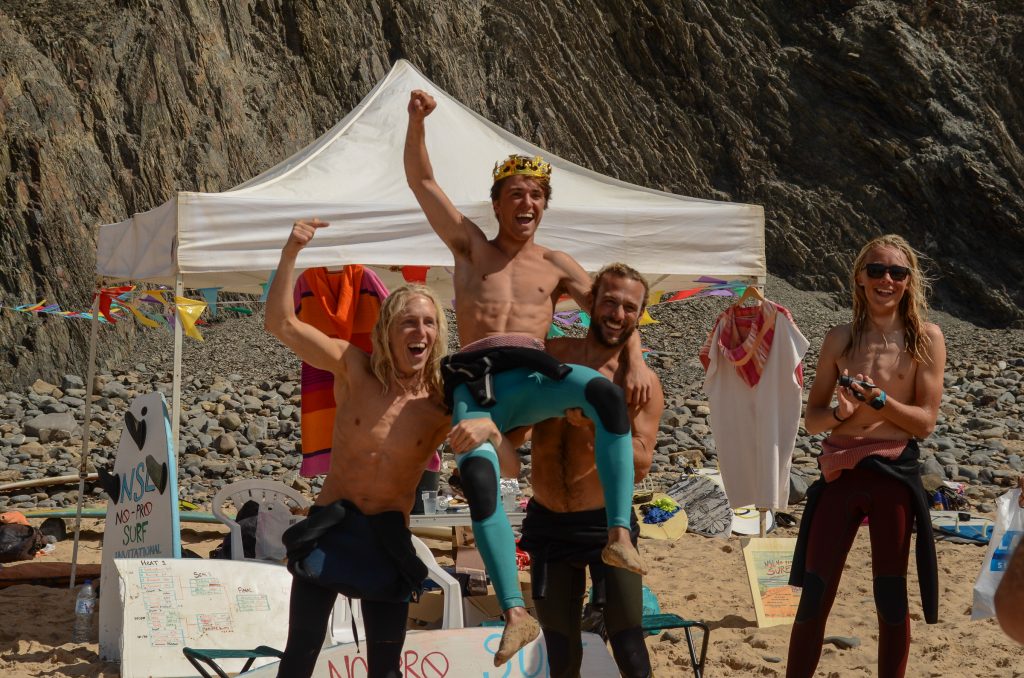 Now the hardest thing…Putting all these adventures in to one post is absolutely impossible. Só hereby I will make a promise; I will post more often.