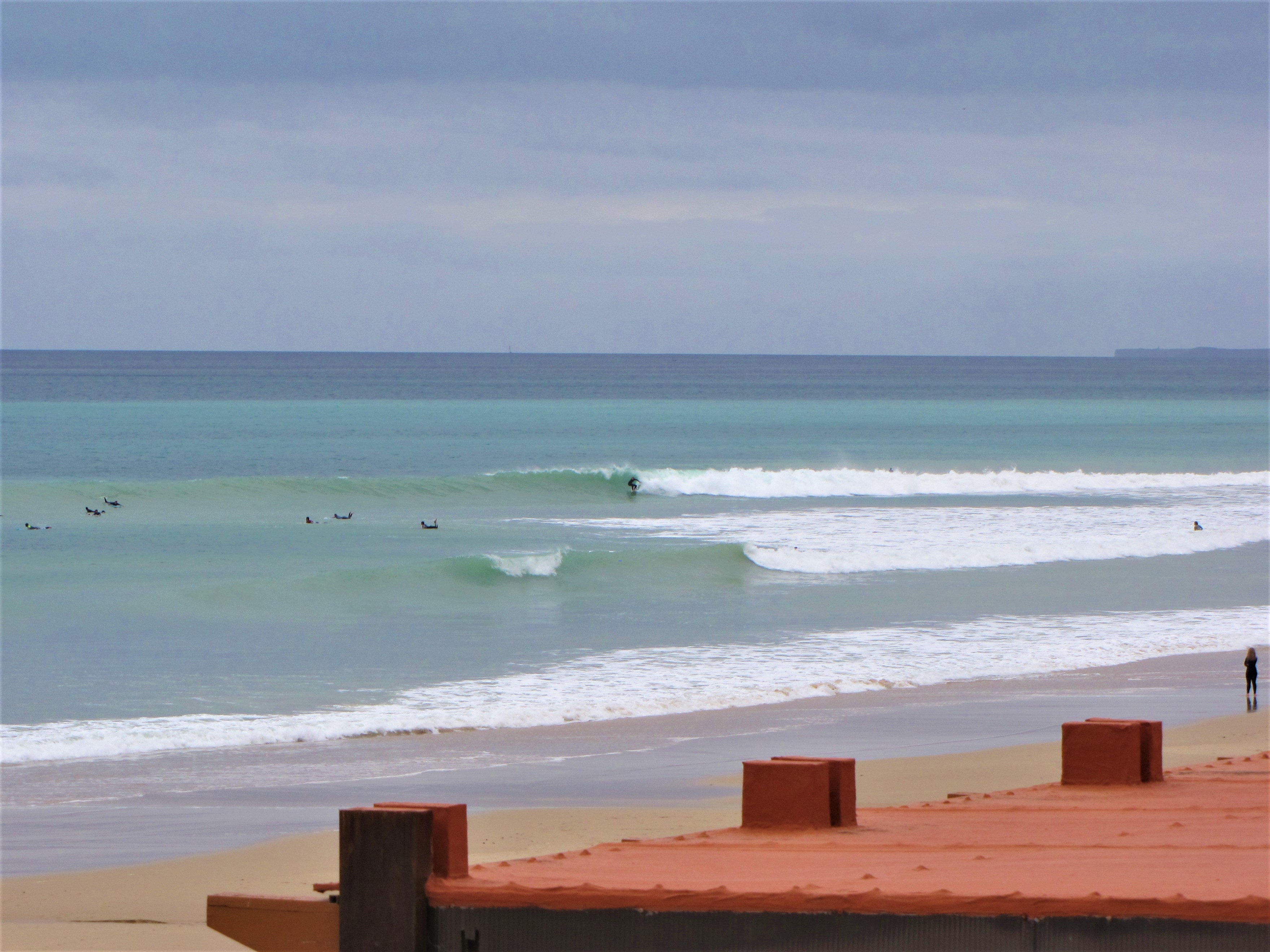 Some energy left before or after surfing? It’s really worth it to explore the famous cliffs and beaches between Praia da Batata (Lagos center) and Praia de Porto de Mos! 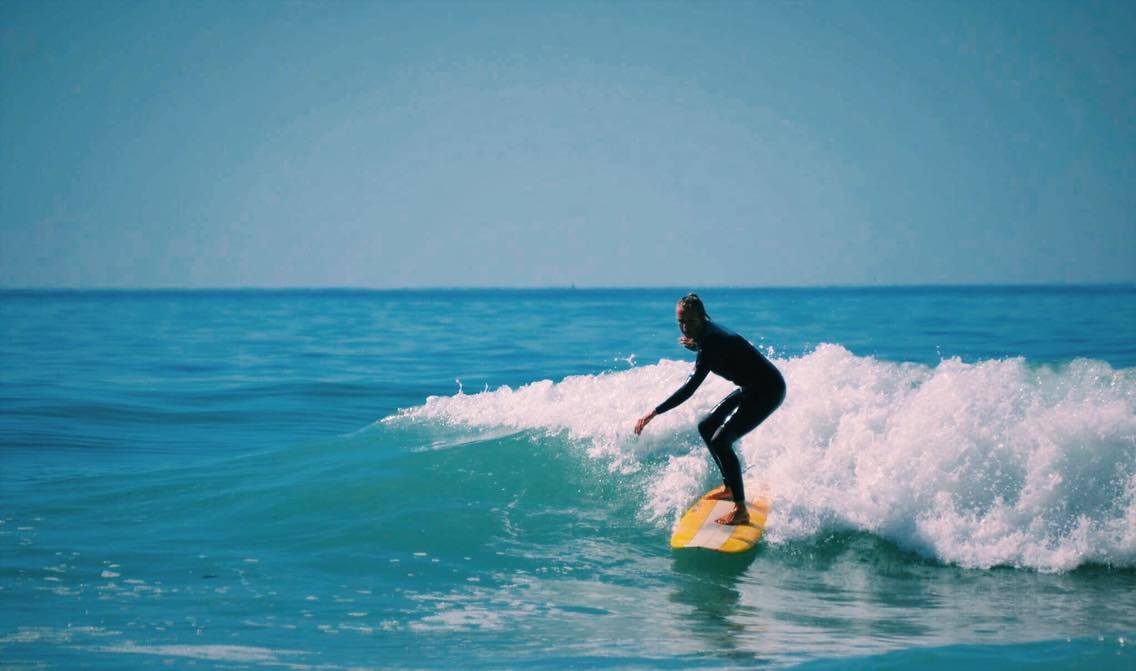 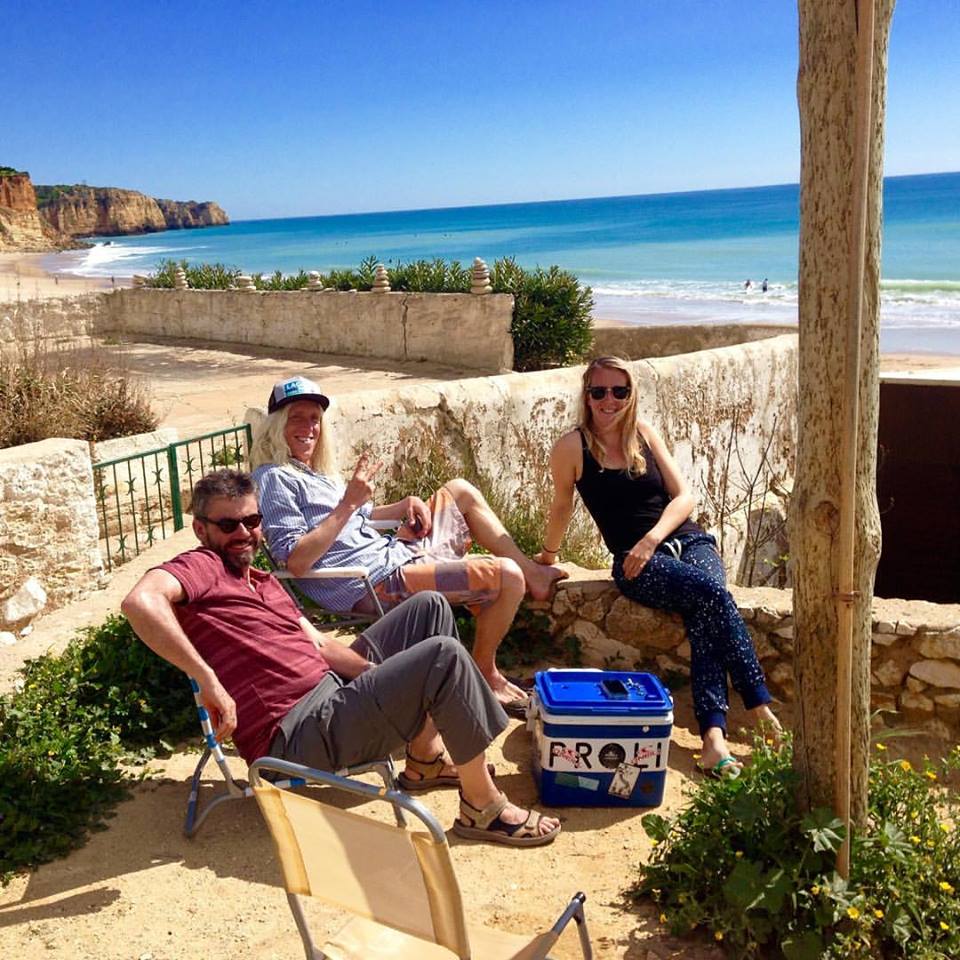 Surf spot Praia de Porto de Mos, usually shortened to Porto de Mos or just Mos, is south facing. But contrary to what you might think, it often works best with the right north swell. Although the waves are often quite mellow, it is not necessarily a beginner friendly beach due to some hazards. Make sure you know what you’re doing or arrange a surf guide.

Porto de Mos surf beach is located south-east of Lagos, about 10 minutes from the center by car. This spot is easy to reach and there is plenty of parking space. There are two bar/restaurants on top of the beach which are both open all year round. The one at the end of the parking area offers free WC and a paid shower during opening hours. Another public bathroom can be located right before the parking area and is open during tourist season when this beach is crowded with beach tourists and local families alike.

When is the surf on at Porto de Mos?

This surf spot does not work very often but you can get lucky year round. You might find some friendly waves that can even be surfed in board shorts during summer but you will have to dodge the many swimmers. Porto de Mos mostly gets surfed in winter when the North swells become too big on the west coast for the average surfer. With North winds being dominant in the Algarve, you get to surf Porto de Mos most commonly with off shore winds but even with on shore winter storms you might find some hidden gems among the mess. The surf is often friendly but this spot is not without hazards, so make sure you know what you are doing.

What are the surf hazards at Porto de Mos?

Porto de Mos is a long beach with surf spots from left to right, stretching all the way to Praia de Luz (another surf spot) almost uninterrupted. The first part of this beach mainly has a sandy bottom but rocks are scattered here and there over the whole length and any significant storm can change the amount of sand covering them. You can usually spot them in low tide but they might result in nasty scratches and damaged boards if you go in uninformed.

The right end of the beach hides a flat rock reef with some nice waves breaking here. The rocks are generally not sharp but sea urchins do love to hang out here as well. Do not surf here if you are not at least intermediate and know what you are doing. Firstly because of the rocks and urchins and secondly because it’s always nice to give the locals some space there.

Porto de Mos does not often get surf in summer. But if it does a big hazard comes from the many beach tourists who will be chilling in the shore break. On such days it might be best to avoid this beach completely, especially if you are not 100% sure of your turning and breaking skills. In winter, during stormy days, your main worry is the current. Especially swell coming from the (south) east or west, often combined with wind from the same direction, may result in very strong currents all along the beach, mainly in the front.

Other surf beaches around Lagos:

Not surfed Porto de Mos before? 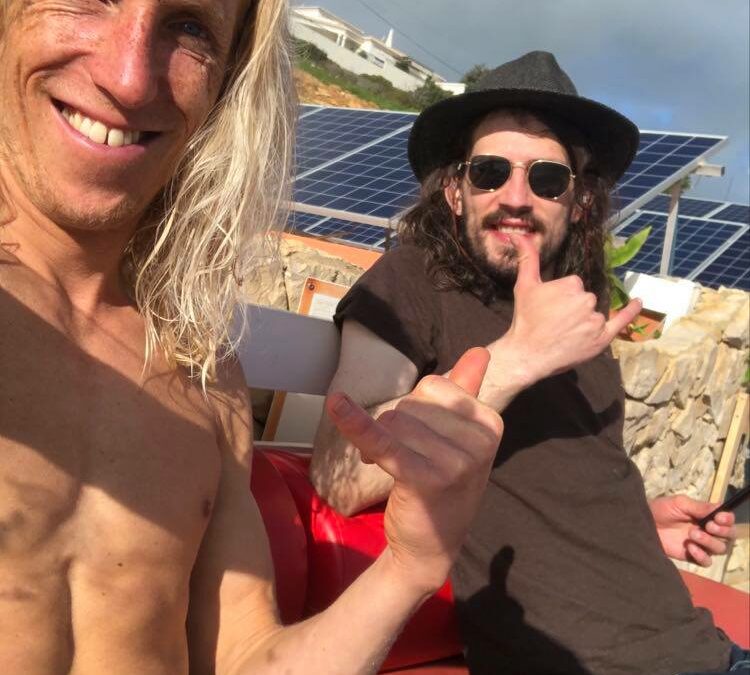 Sunny surf If you read this story on a rainy grey evening somewhere north from us. Guessing Germany, England or the Netherlands, you probably won't fully understand the problem. What you mean, hooray for sunny surf, isn't it always sunny in the Algarve? Well it kind... 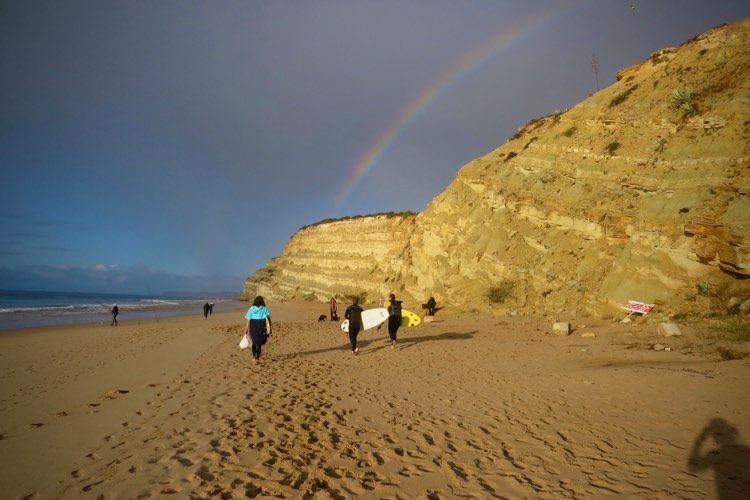 Surf vibes all year round Sure, I hear you thinking. You guys have surf vibes all year around. What's different in pre-christmas december? Well, quite a lot really. We are still in sort of a crisis situation on the covid-side of things. That doesn't mean we can not...

Private surfguide session, Although with Surfguide Algarve we only take a maximum of 3 surfers, we will always prefer doing private sessions. With a few bigger days behind us we get a request to find some more friendly conditions to work on technique a little bit... 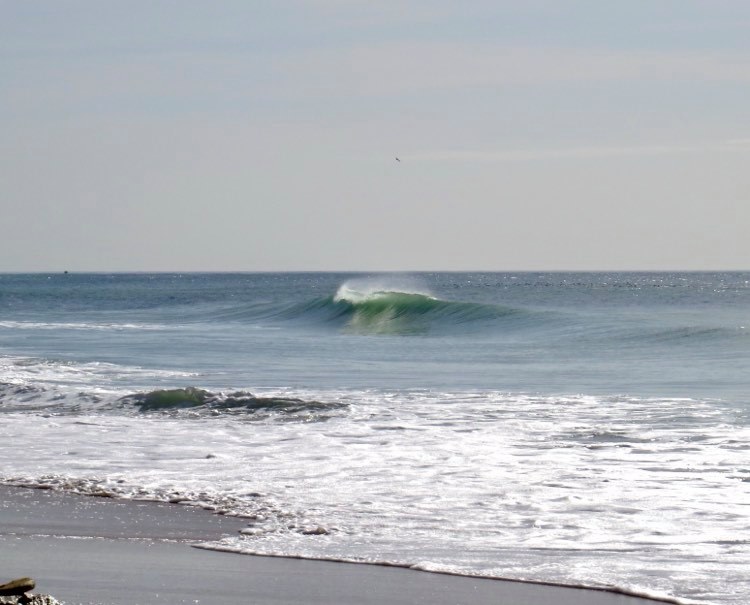 The surguide Search, With an absolute monster swell hitting Portugal and the whole of Europe for that matter, it is time to find some more shelter. The problem is that everyone in the whole region needs to do that. Imagine you close all the restaurants in town, but... 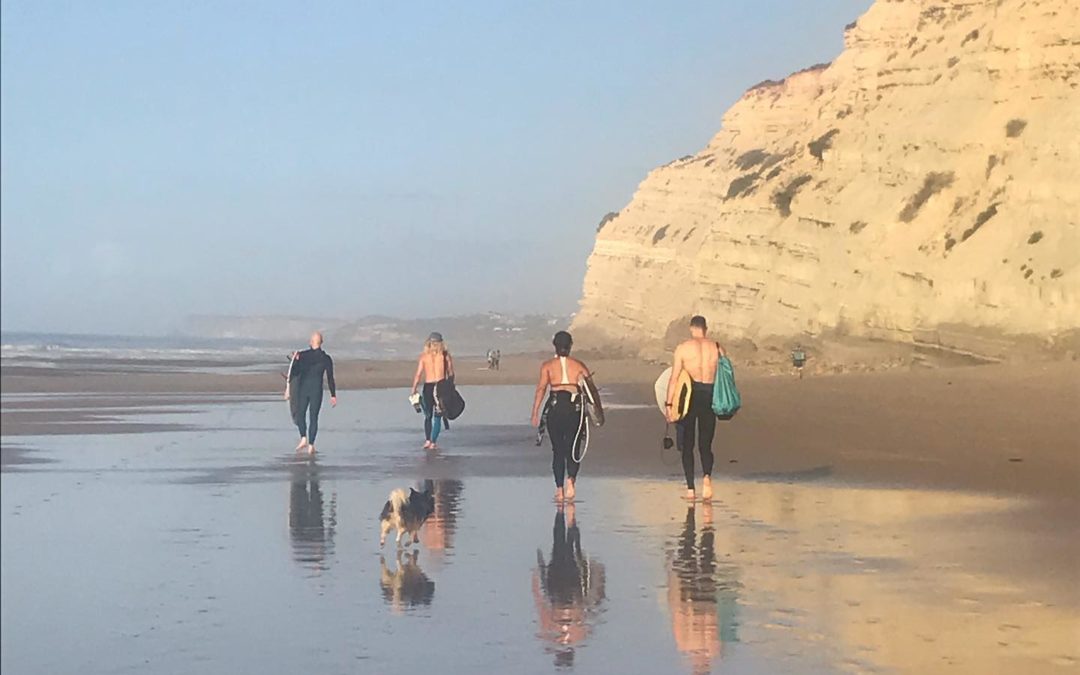 You can´t predict the weather, The first swell of the winter. Yeah of course, first I want to see it before I will believe any of it. But to be fair, it is ticking all the boxes to be like that. The swell is already massive (4 meter and 9 seconds.) And the waves are... 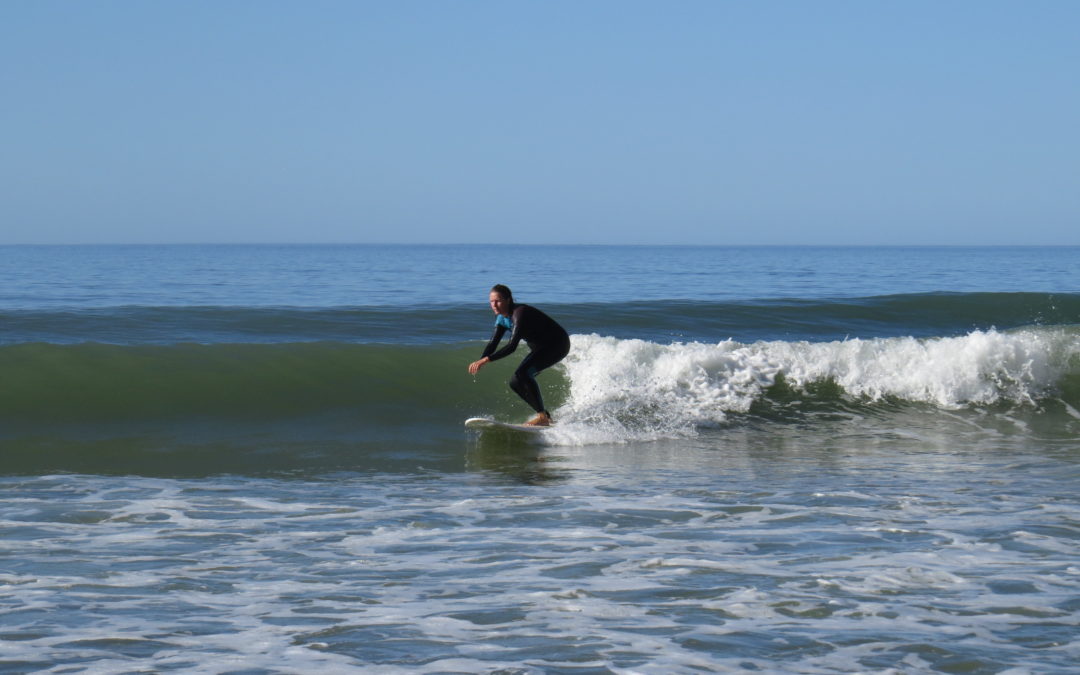 This is how you surf for two in Porto de Mos,

Surf Porto de mos, You do not have to be a pro surfer when you want to surf with surfguide algarve. You need to be able to surf.a green unbroken wave, know and respect the rules in the water, and most importantly. be stoked. We have a girl staying next to us since a... 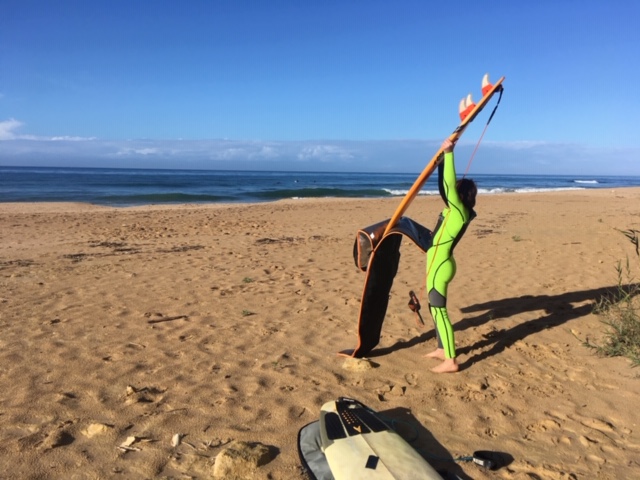 First guided surf adventure, Apart from a few stranded germans with no money left, there are absolutely no tourists around. This obviously means that there are less surfers in the line ups, and that you probably know 90% of the people you do bump in to. This does... 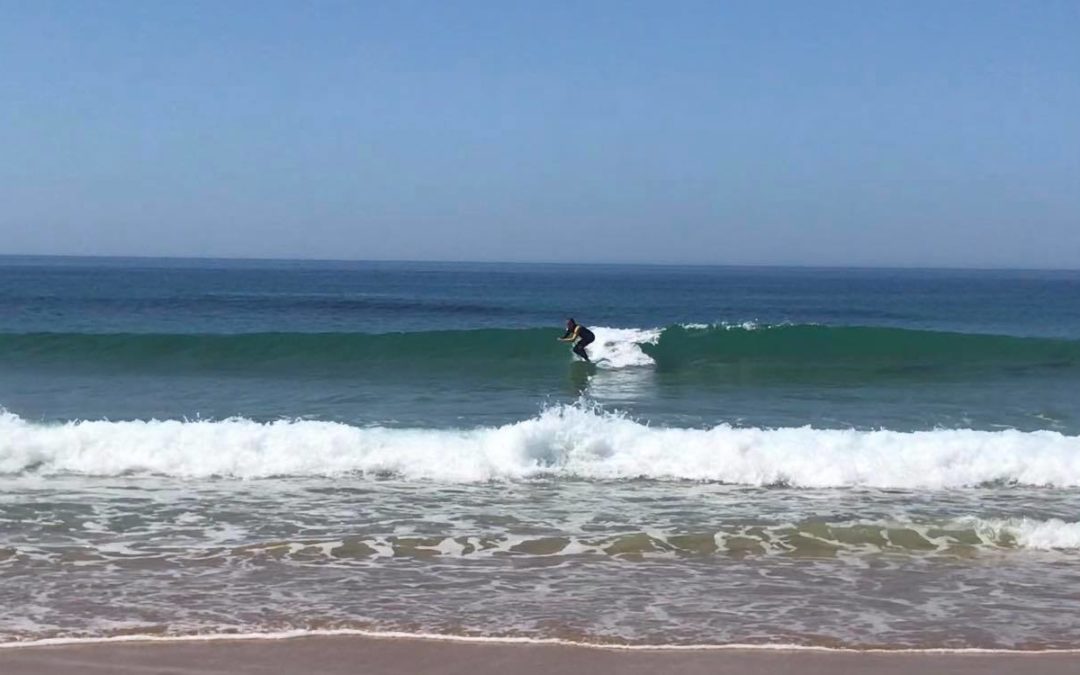 Any wave is epic, If you haven´t surfed in about 6 or 7 weeks, excuse me as I did not count the days, every wave you surf after that would be epic. But what kind of wave would you go look for? Big heavy hollow surf to feel alive? Or better a easier start with a... 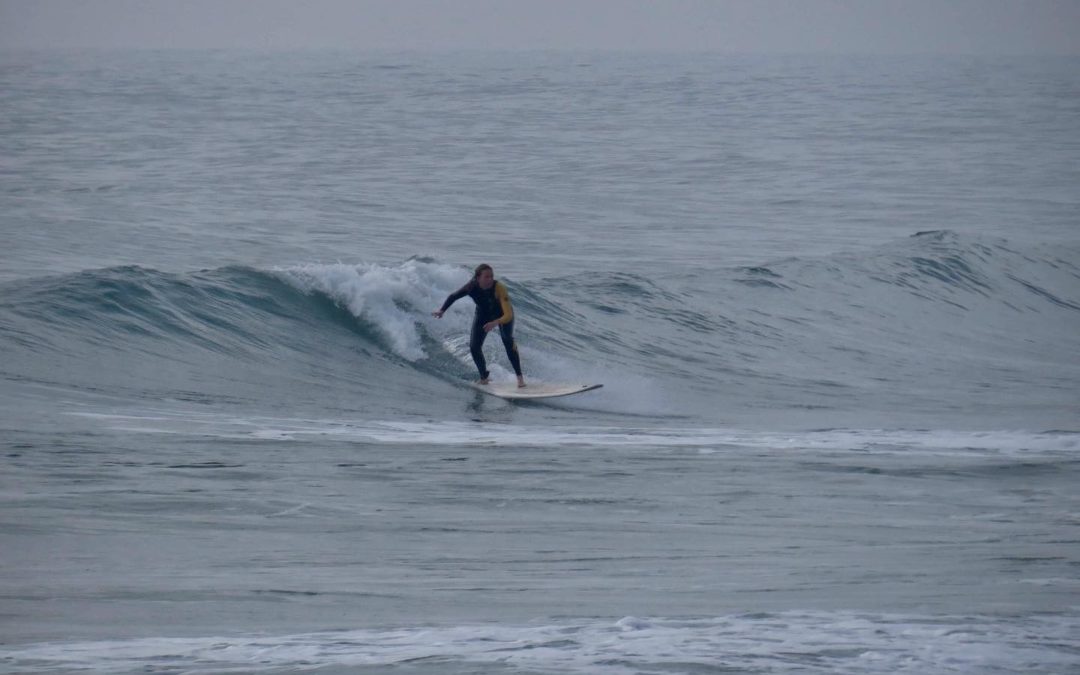 Small wave search (day 1) A father and daughther from the region of cornwall contacted us already a few months ago. They stay in the Algarve for a week to get their paddle fitness up for their surf trip to Sri Lanka. One thing is for sure: If there is one place in the... 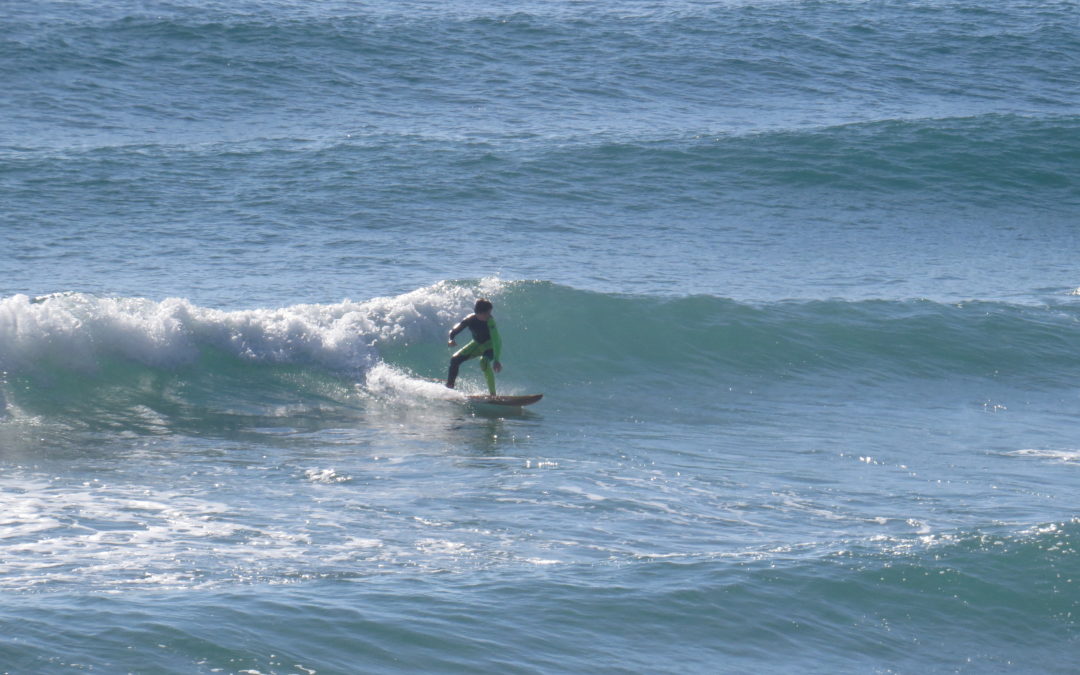 Porto de mos makes you feel like a gromm.

Trough the eyes off a Gromm, Long story short: If someone asks me what age I am I usually respond by saying I´m 14. This has changed lately by some people just assuming I said that I am 40 and shut up, thinking I look pretty ok, for 40. And my whole joke goes out of...