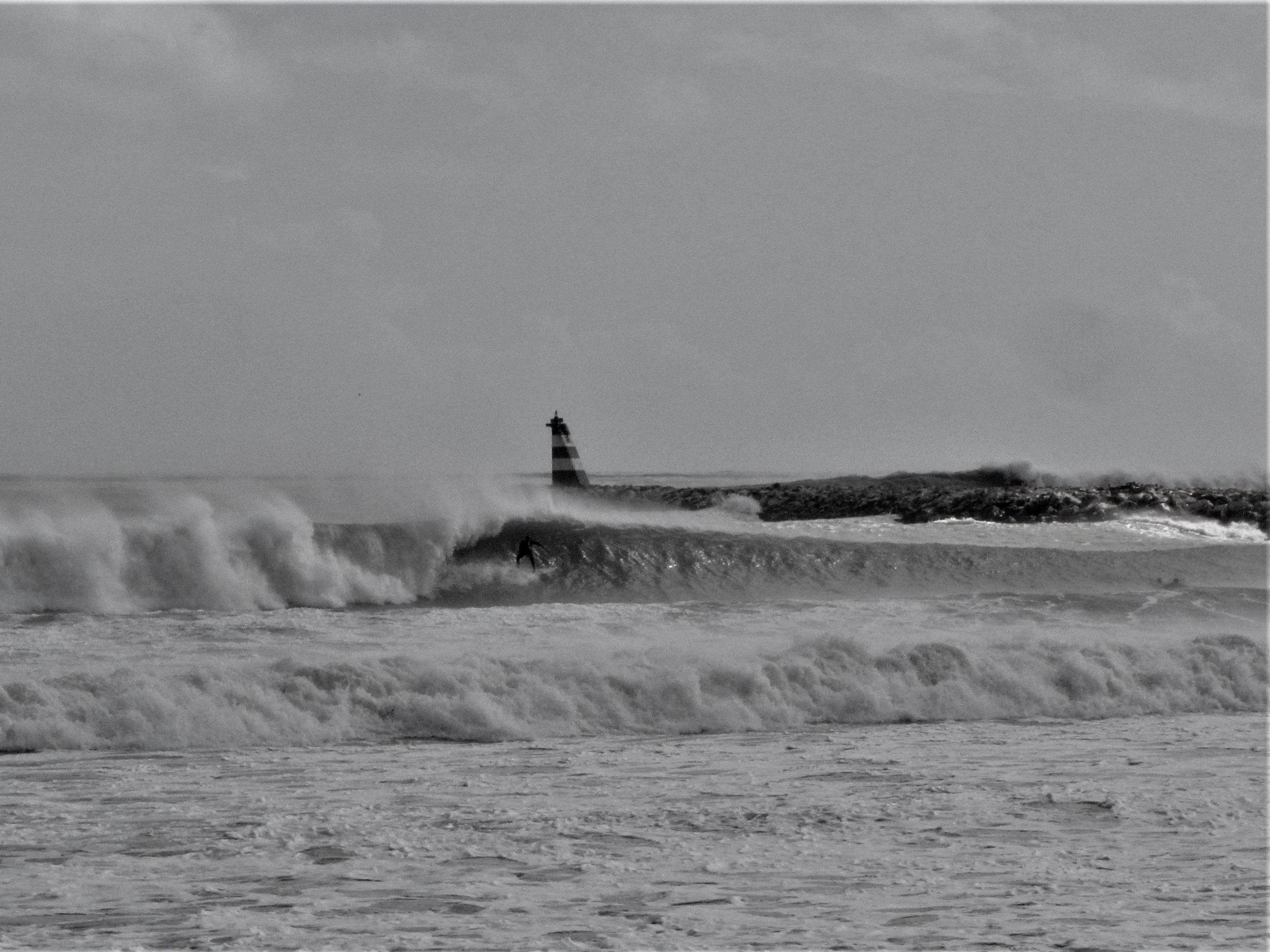 Meia Praia with the swell of the century

The first days of March, júst when all the surf camps starting to get ready, all the restaurants opening their doors and the tourists starting to make their way back to the algarve again; The forecast promised us 6.6 meter swell. The charts were pictured in colors of purple we had never seen before. This could be an epic one.
After an almost sleepless night with a lot of rain and wind and the thundering sound of waves crashing on Meia Praia I was really happy with the first bit of light.
The problem with this swell wasn’t so much the size of the waves (although no one could remember anything like this, comparing it already with the swell that came of Hercules in 2014) the problem would be the wind. And it was- a big problem. I checked several small beaches around Lagos that supposed to be somewhat protected from the nuking wind but none of them seemed to give us anything to surf on. The waves where simply breaking to far out and the wind just destroying everything. I decided to wait for the tide to change a bit and than I got this: 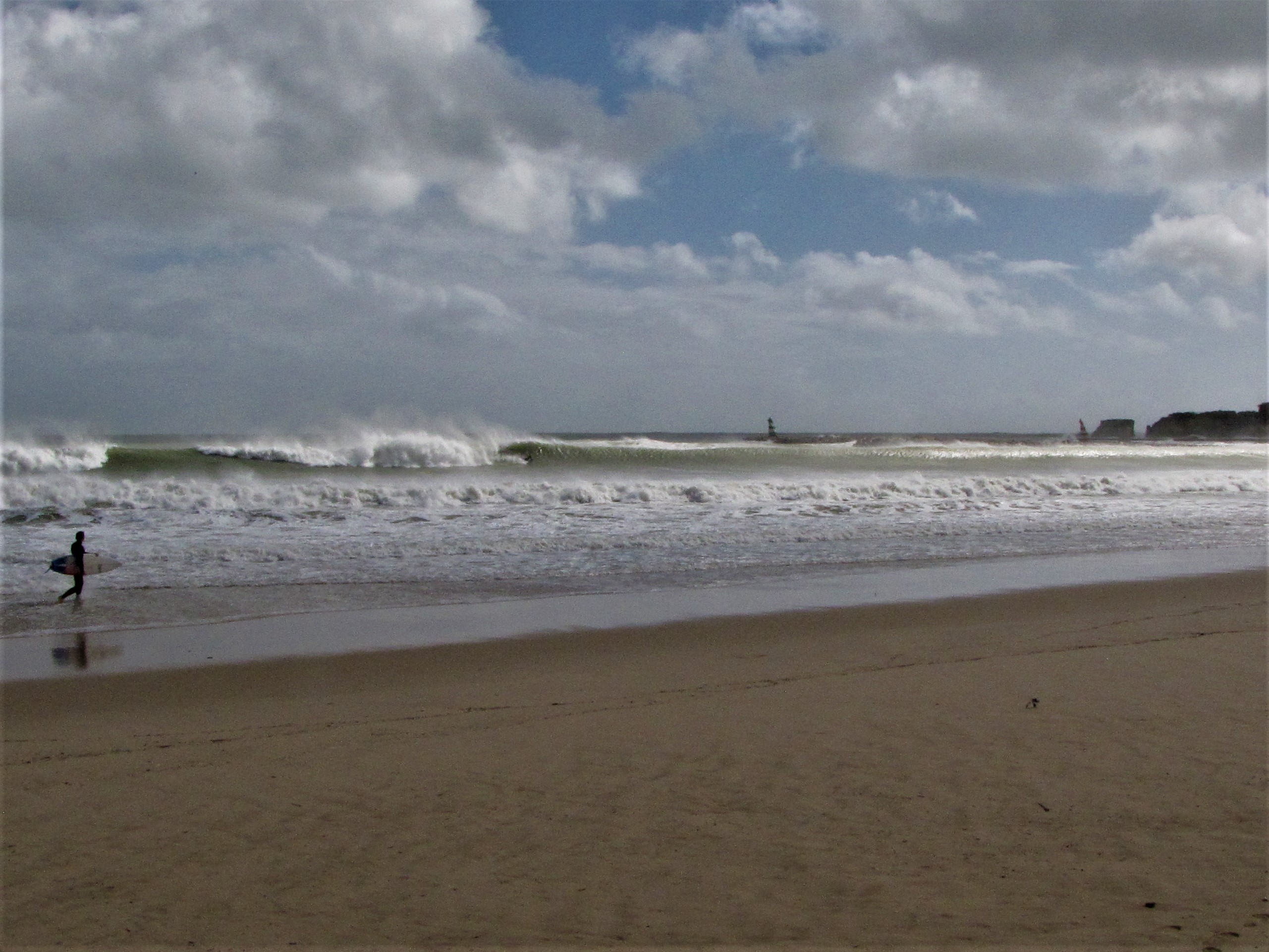 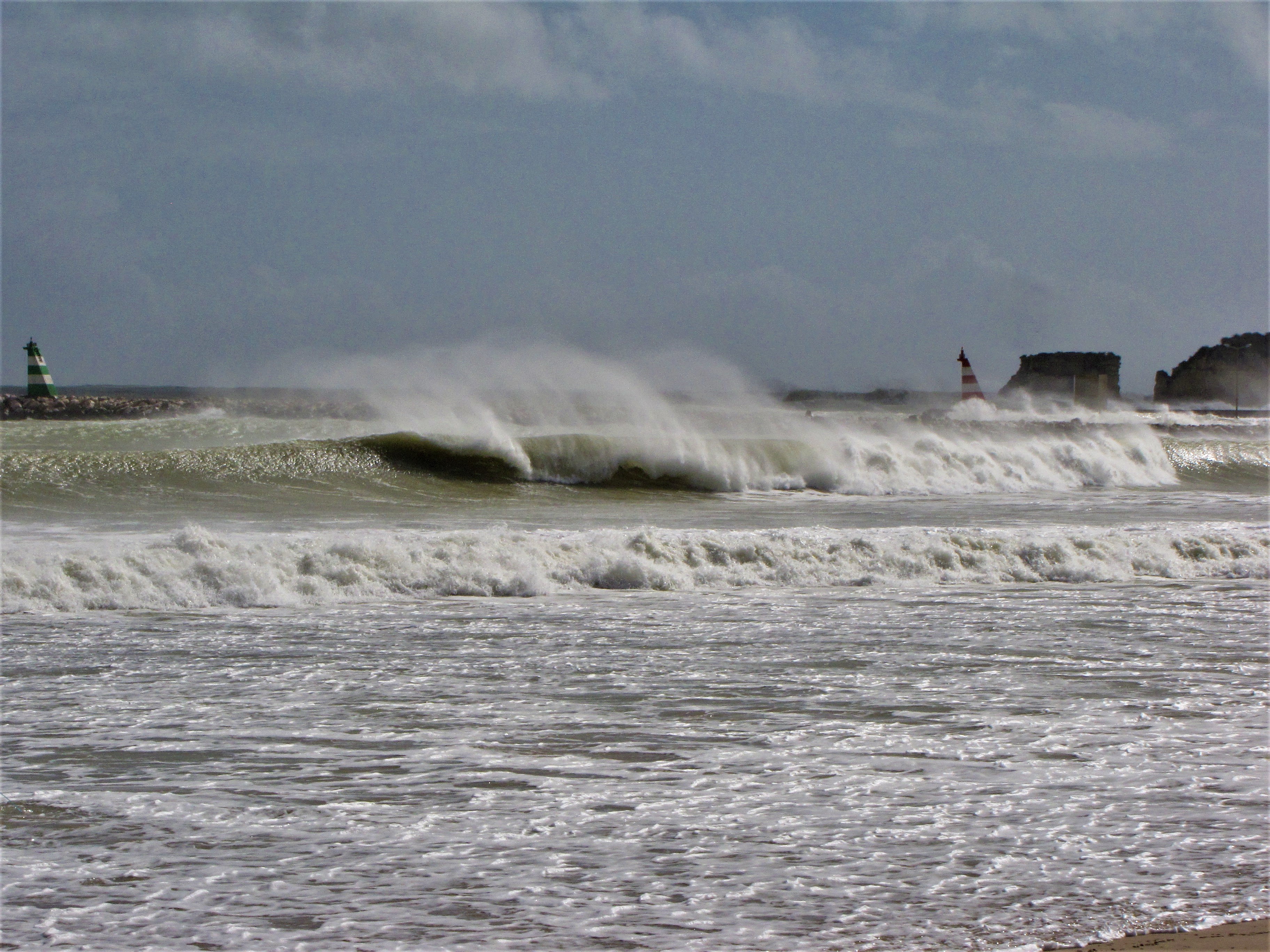 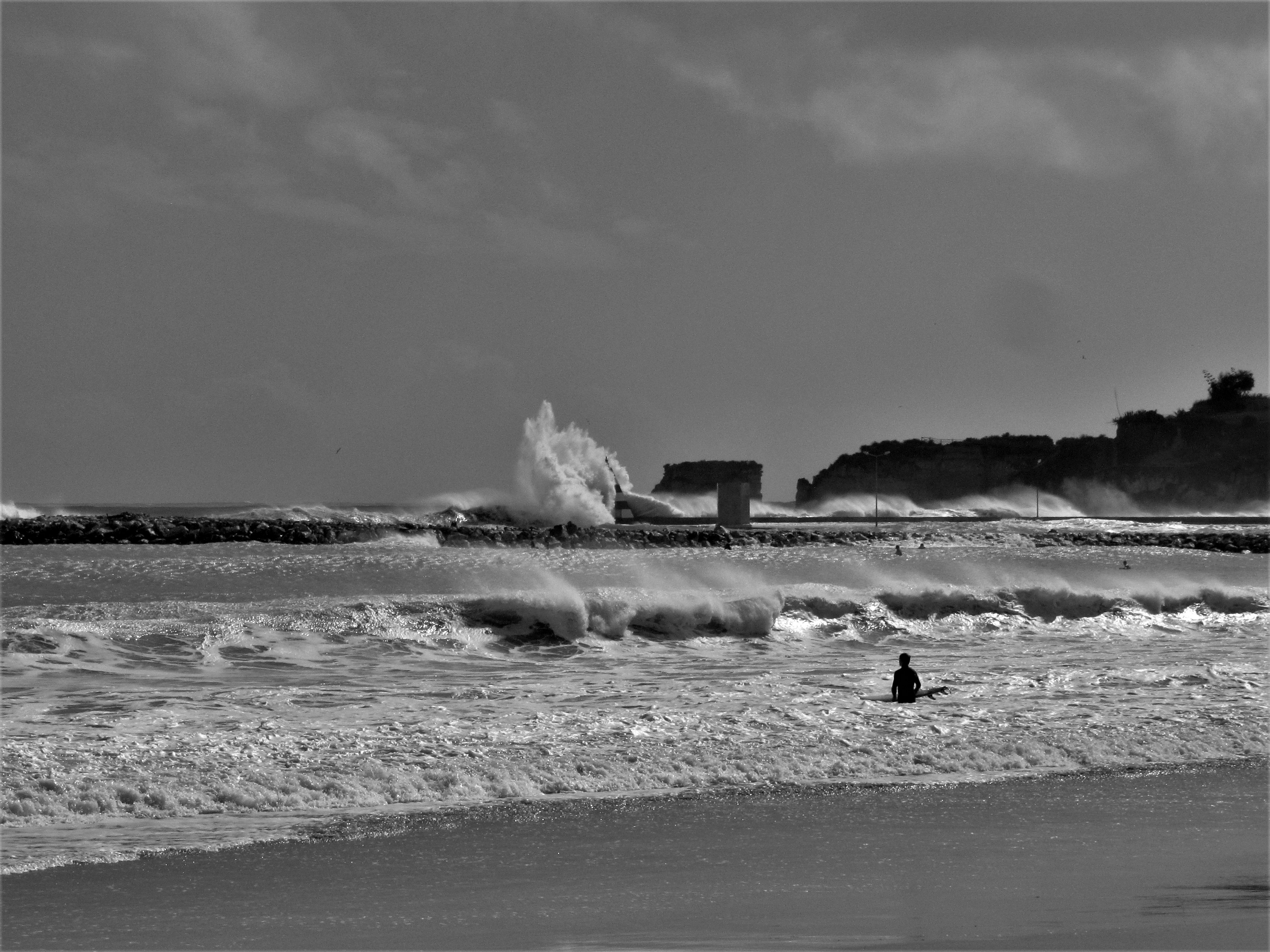 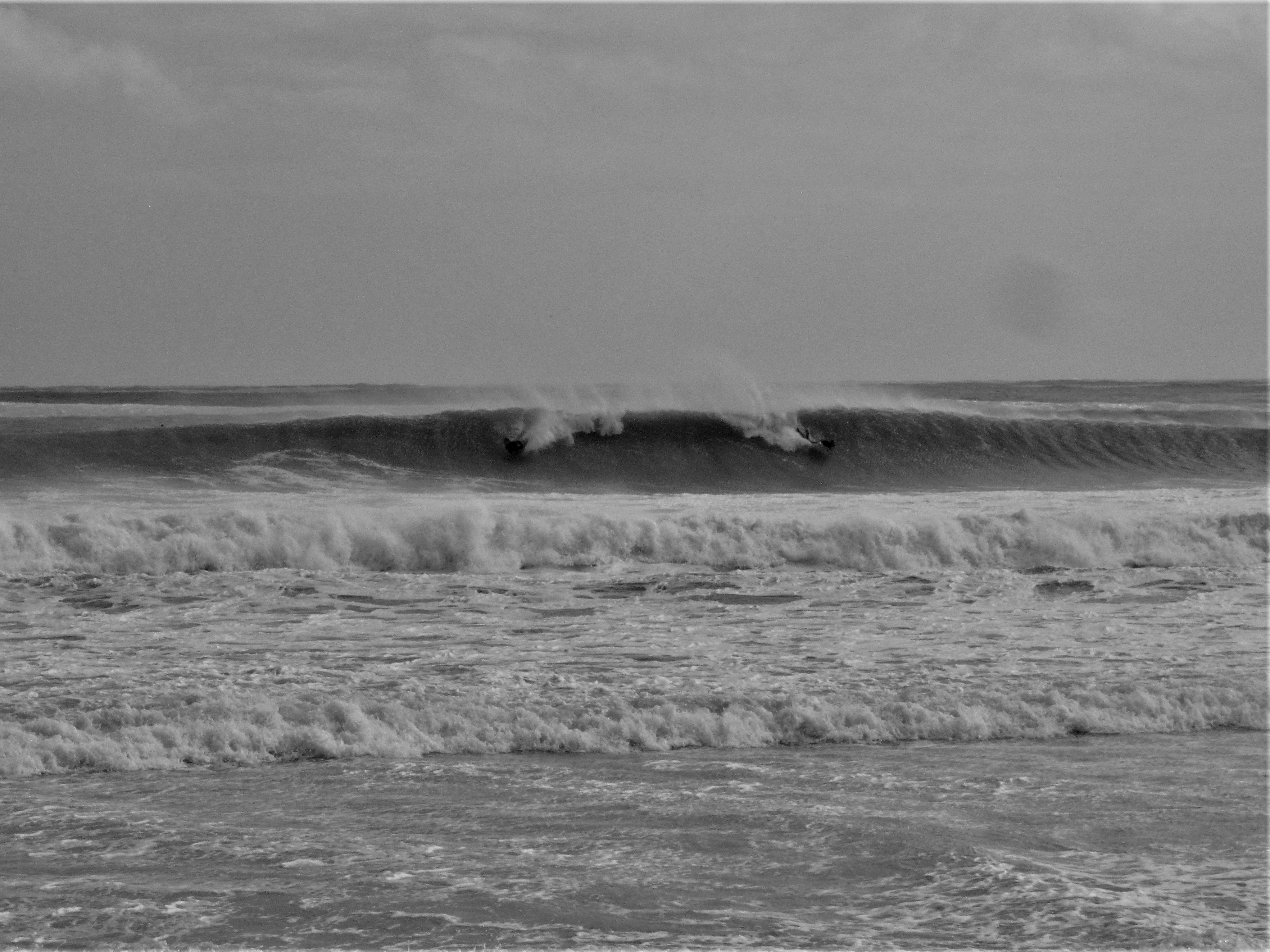