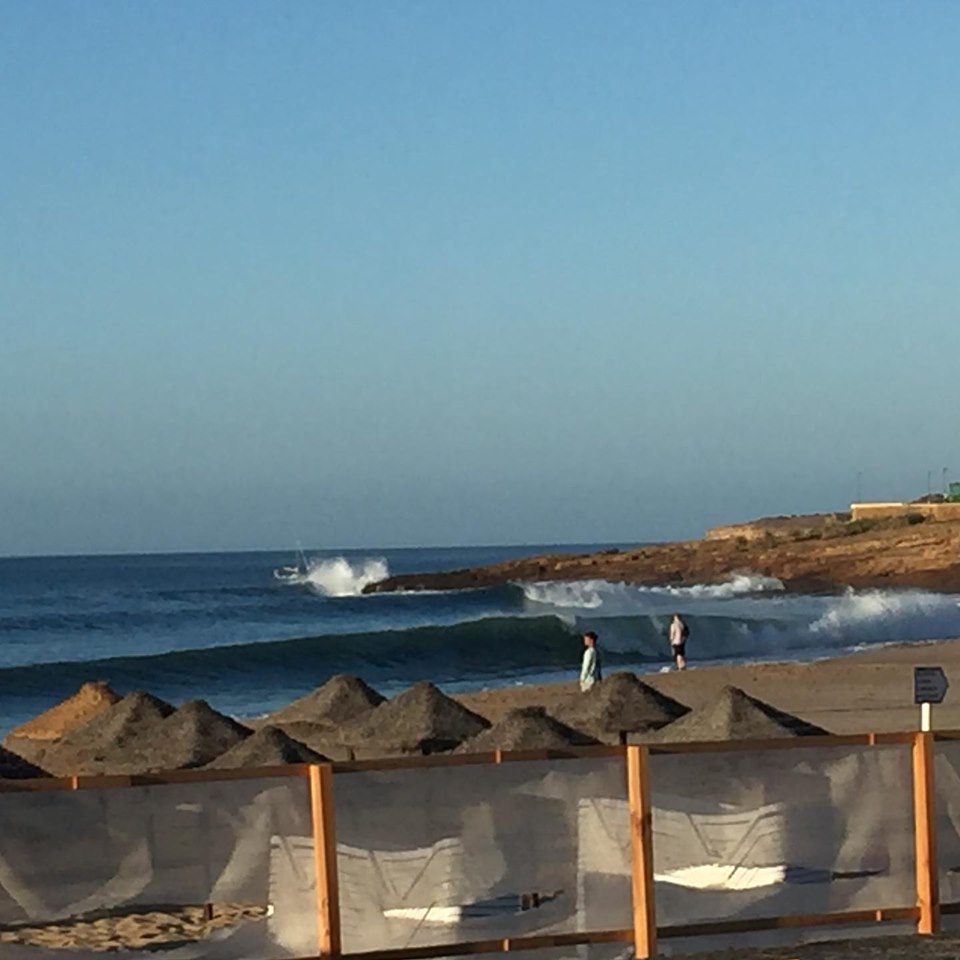 Hurricane swell in the Algarve,

Whole surfing Europe went absolutely crazy. There was a Hurricane blasting waves our direction closer than ever before. Windguru and Magicmushroom gave all the stars possible and promised periods of 22 seconds.
The tricky thing about this massive swell coming our way was the direction. No one really knew what to expect. 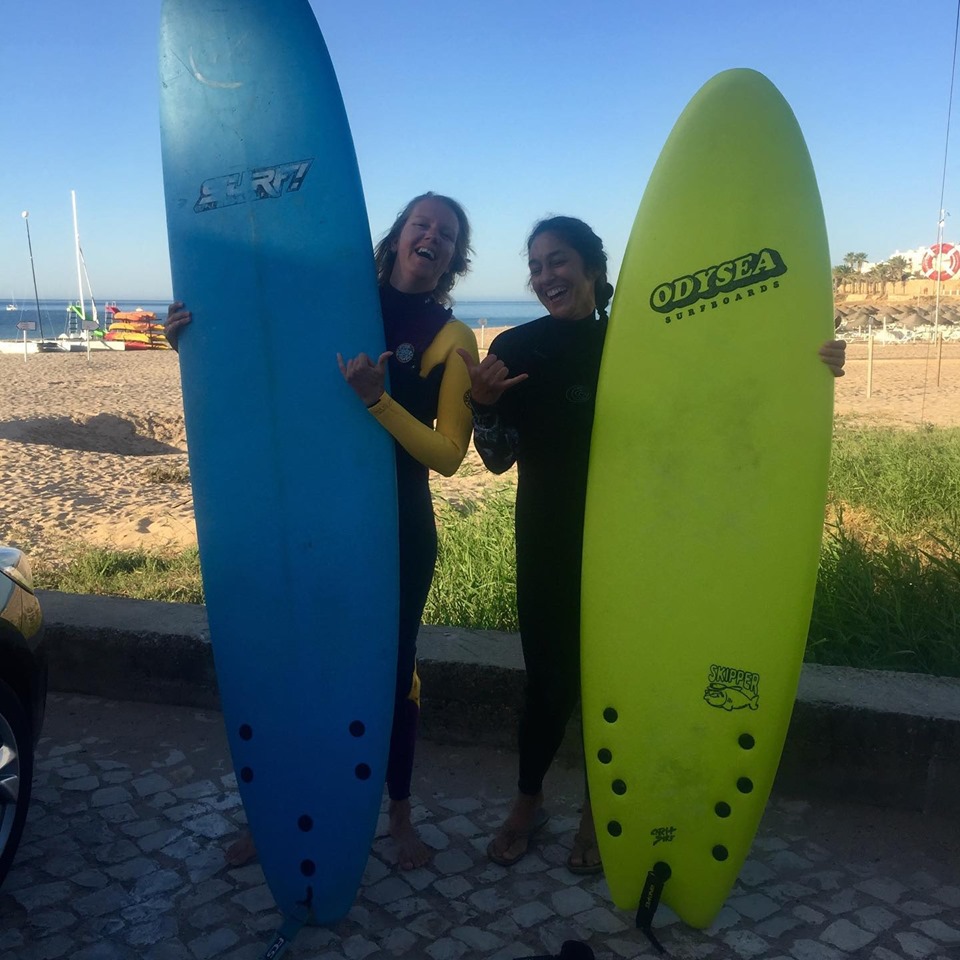 Surfgirls in Praia da Luz with their weapons of choice.

The first day of the big Lorenzo swell. (I didnt make up the name, the storm was so big it got a name.) The first day I kind of anticipated to go early so that we would not get surprised by massive dead sets in the water. We ended up in zavial what was fun. But no sign of anything bigger than waist to shoulder high. 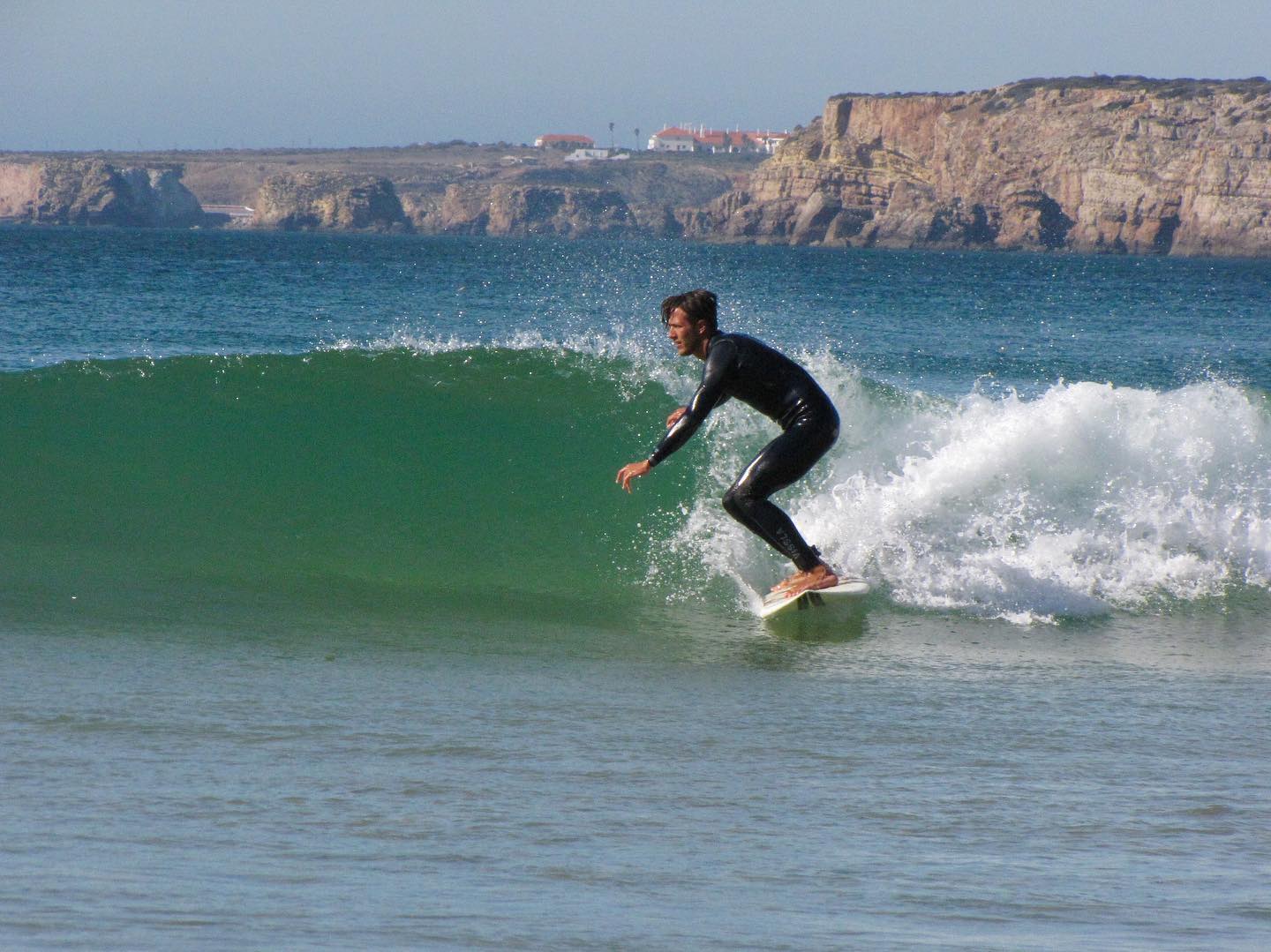 It was more like surfing in Luz than in zavial.

We had a great morning surfing and there was hardly anybody in the water. Most probably all the surfers were waiting for Lorenzo to show up. We did a double surf session and went back around 3 o clock. When I dropped my guys, did shopping and went back to my house, around 5 (and high tide) I heard the swell had kicked in. Most spots are unsurfable with high tide anyway and I had my fair share of waves and sun, but still I was a bit restless. A feeling I had missed it. A feeling I could not shake until the next morning. I woke up ridiculous o clock and got this.

After that the rest of the world woke up and checked the Luz webcam and saw me surf that epic point break. One guy paddled out and told me (in portuguese) That he saw me coming out of a barrel and didnt know how fast he put on his wetsuit after that.
I surfed for a little longer but could not be bothered wait with all these other guys around me and went to surf the other side of Luz. 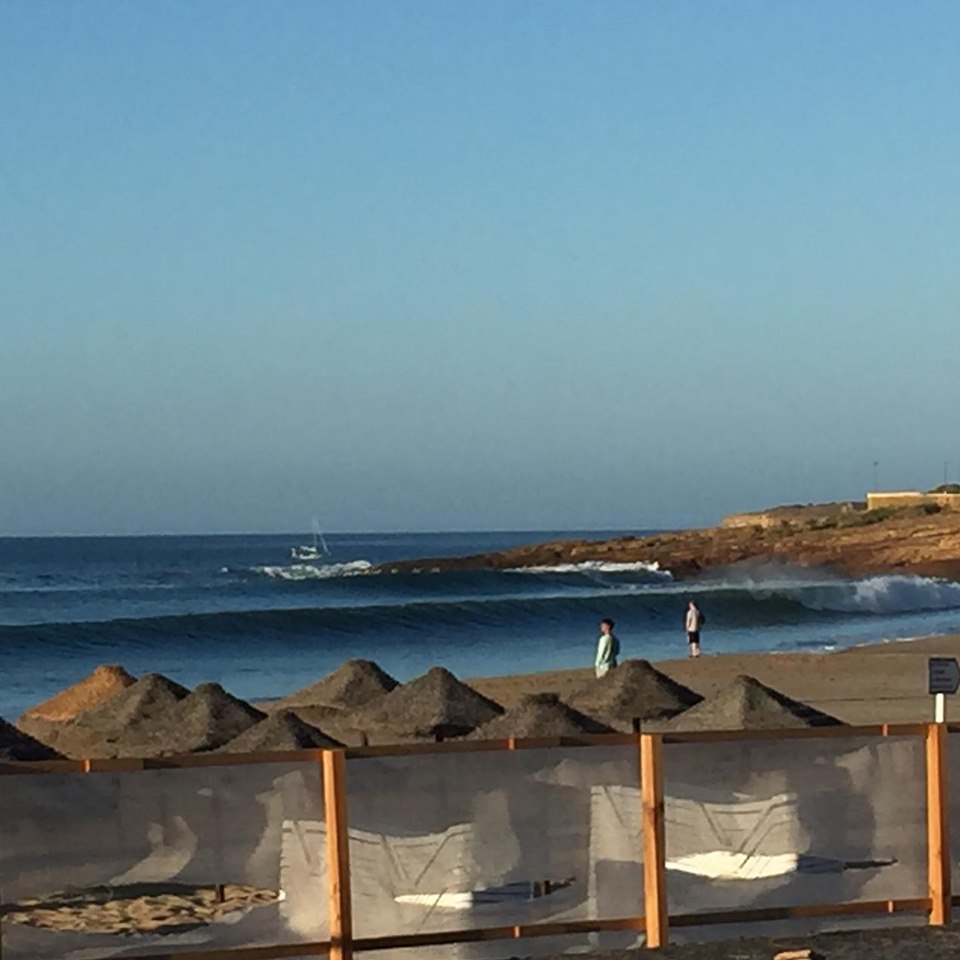