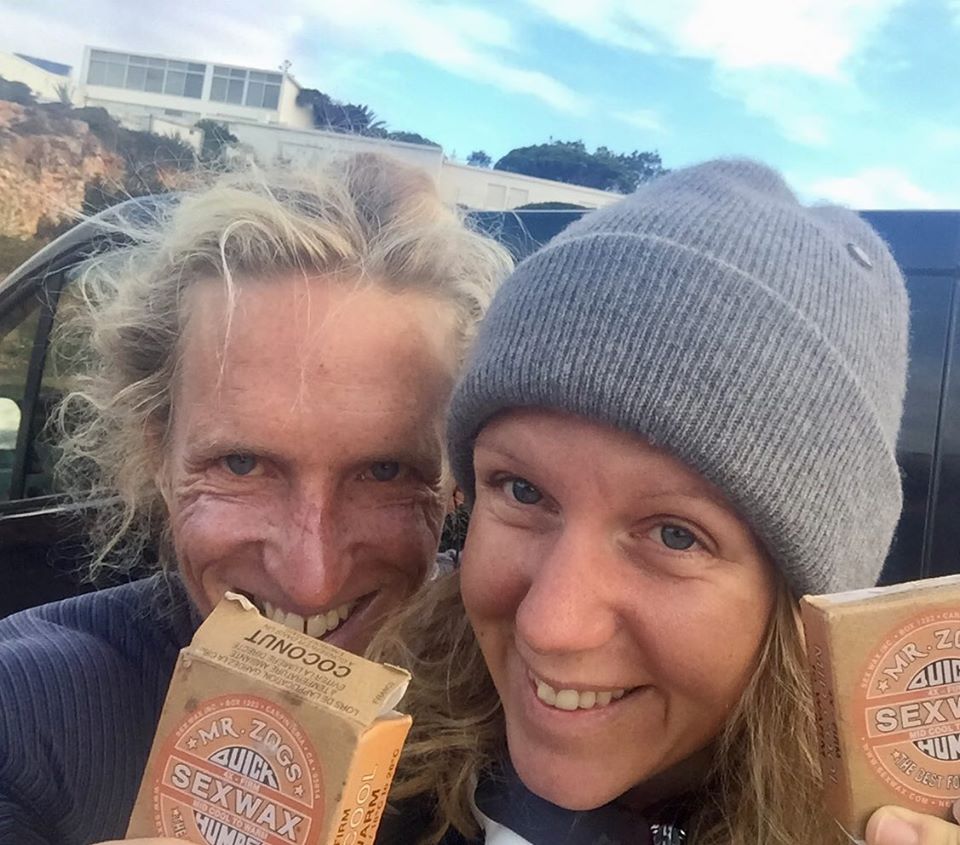 With our french surfguide guest on board, who brought 8 semi-guns for his trip, it is clear we had to search for some real waves.
The surf forecast looked very promising even for the south coast, but the plan was to go to Sagres. It was the day off for missis surfguide as well. So it ended up to be a whole family adventure. Mr. and missis surfguide, the dog piri and of course our guest in honor, the big wave frenchman. 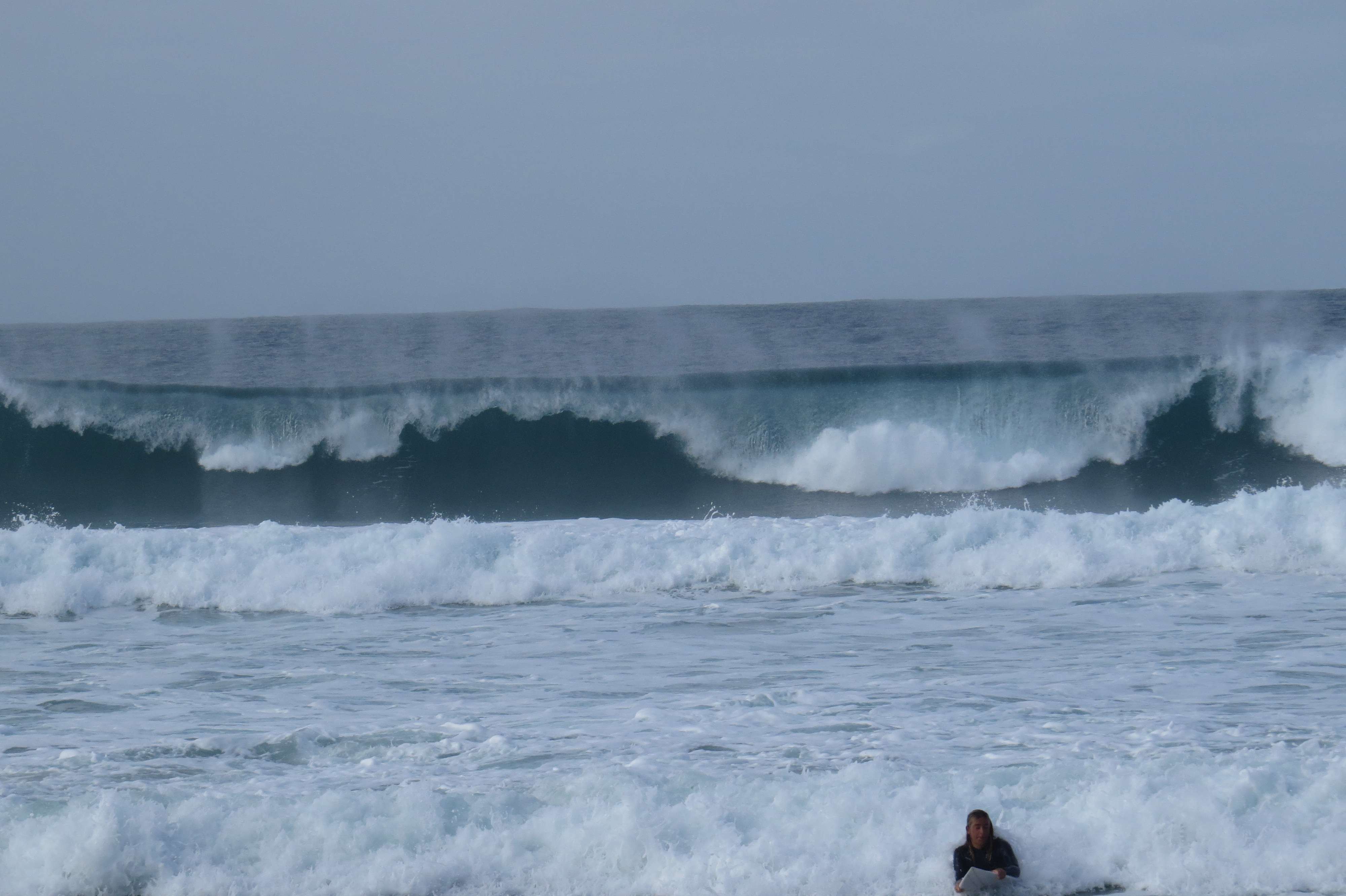 A big semi-close out over the whole bay of Tonel. A close out is just a really fast wave remember? 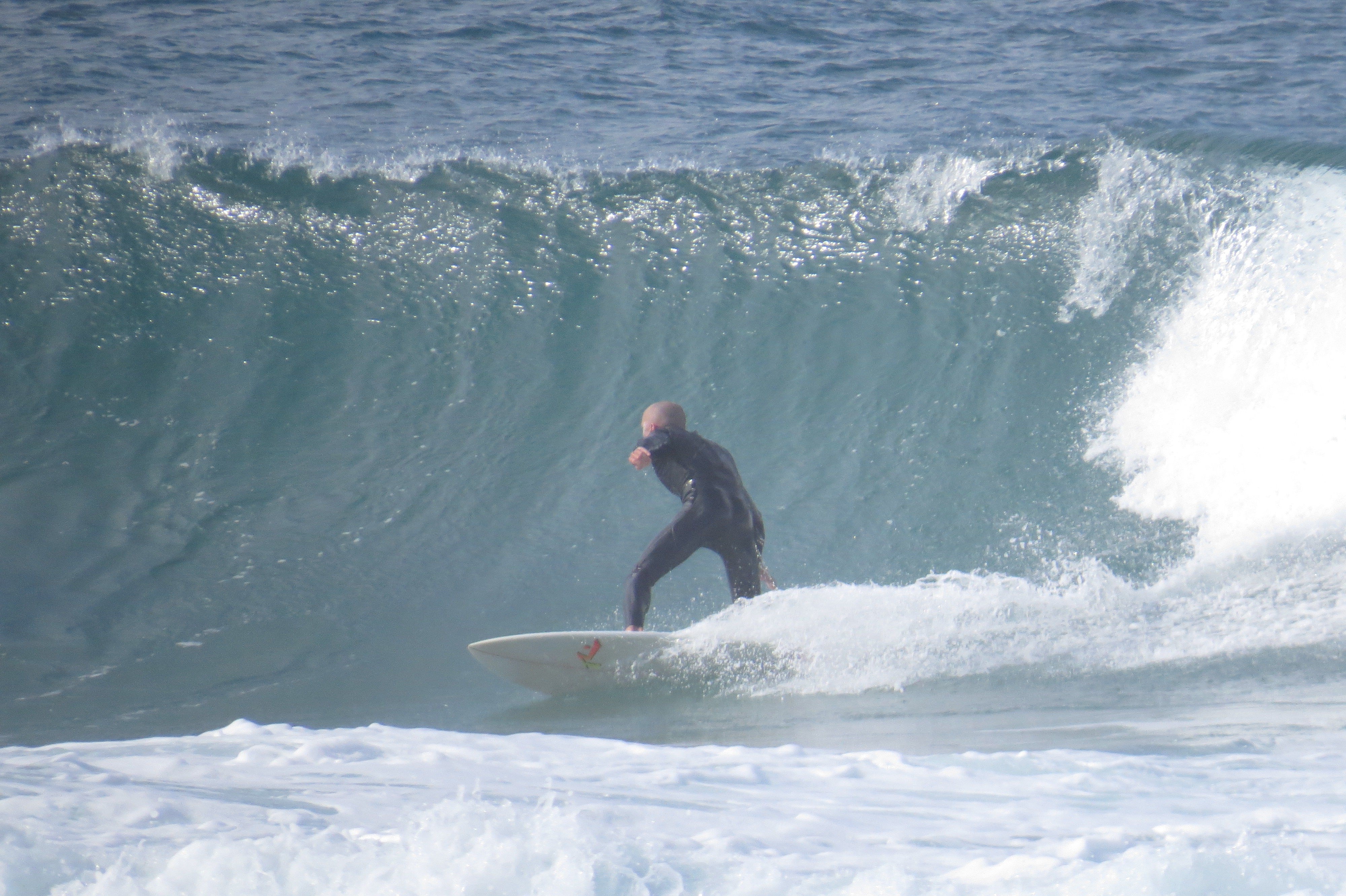 Here is our french surfer dude on one of his many waves. Funny enough he did not take one of his step up surfboards. Maybe 2 meter plus on the sets wasn´t big enough? 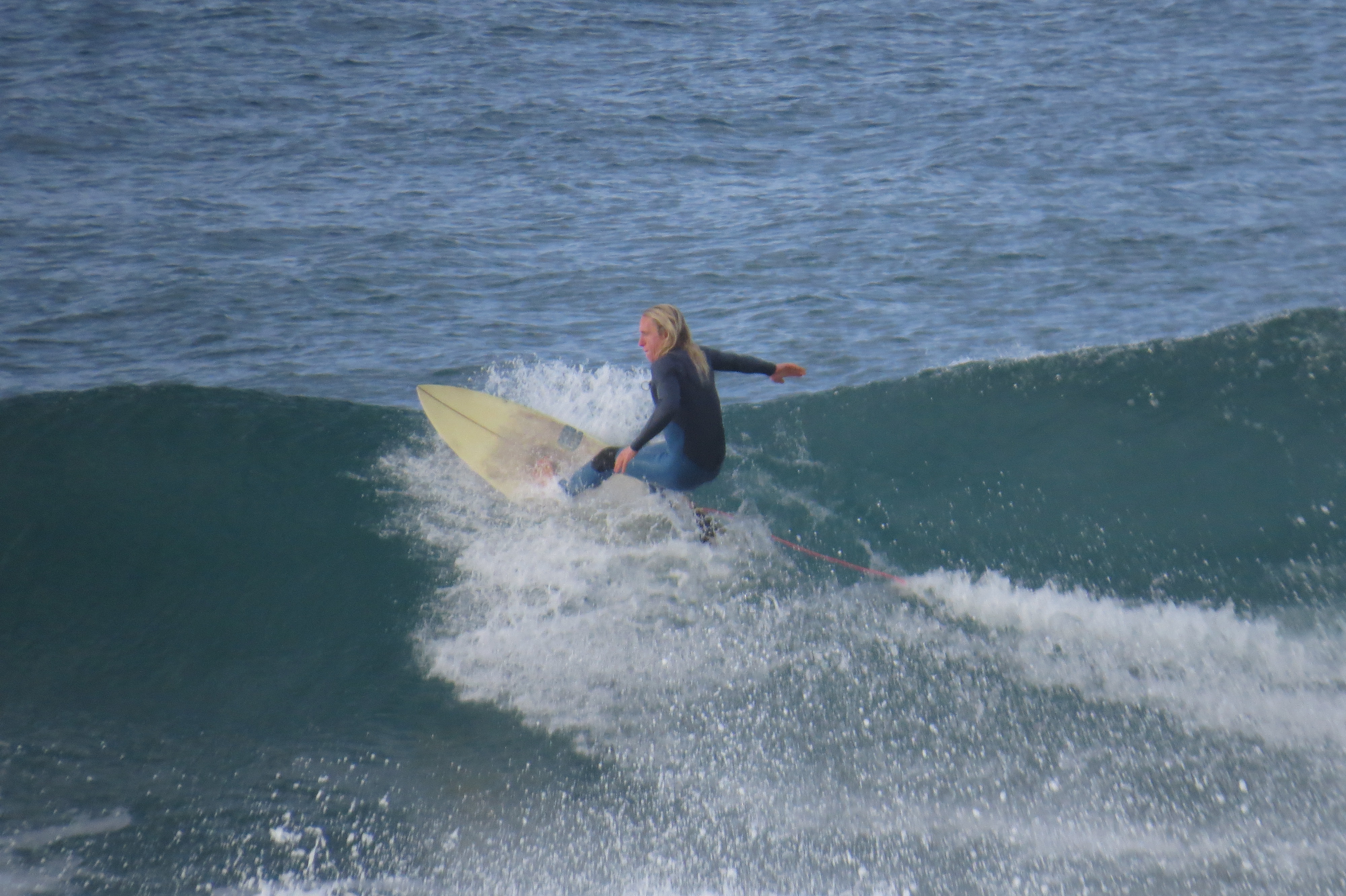 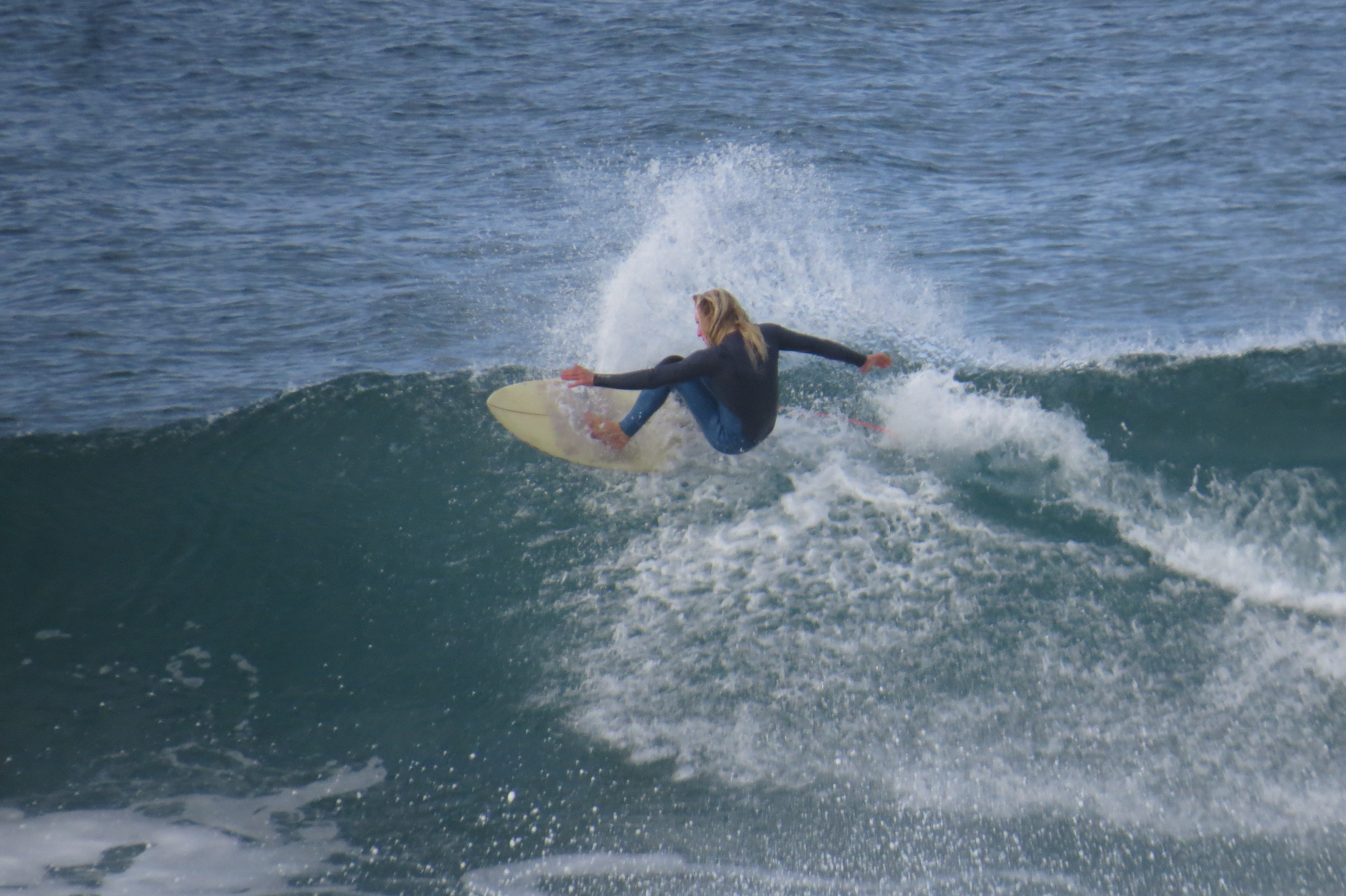 With so much speed it is way harder to work on techniques and good turns… but trying hard.

There were about six or 8 surfers in the water. All of them were somewhat experienced surfers. (one kid was flying trough the air the day before, but I did not see him do that today.) Just to be able to paddle out you had to have some kind of duckdive technique and paddle power. From the small group of surfers 3 of them broke a leash in this session. Unfortunately I was one of them. The good thing is I went for a barrel that wasnt really a barrel and did not have to swim very far to get my board back. We had a back up leash in the car and the session was still on.

The best wax for your stick… 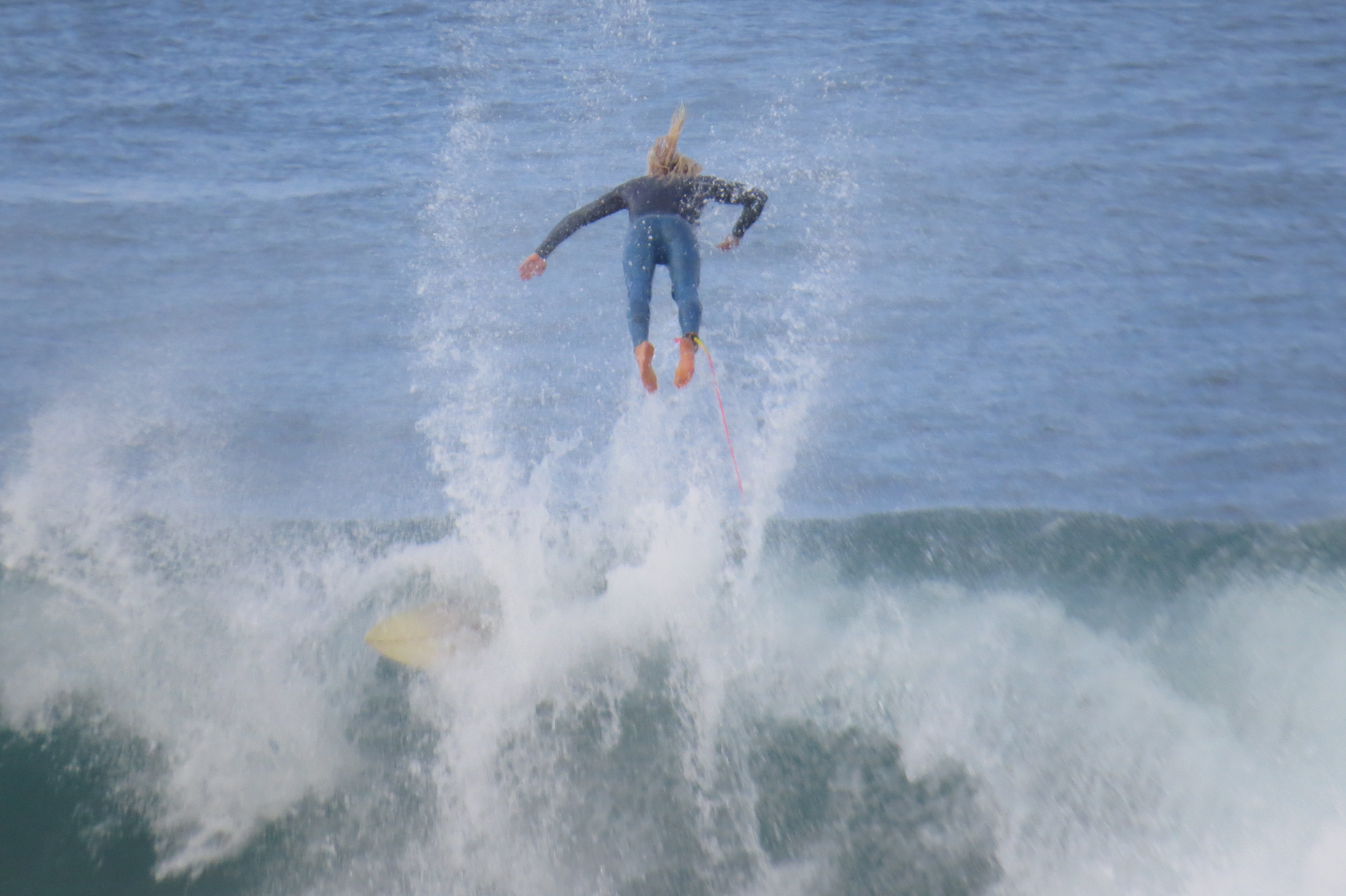 And to close this Tonel surf adventure in style…