Porto de mos makes you feel like a gromm. 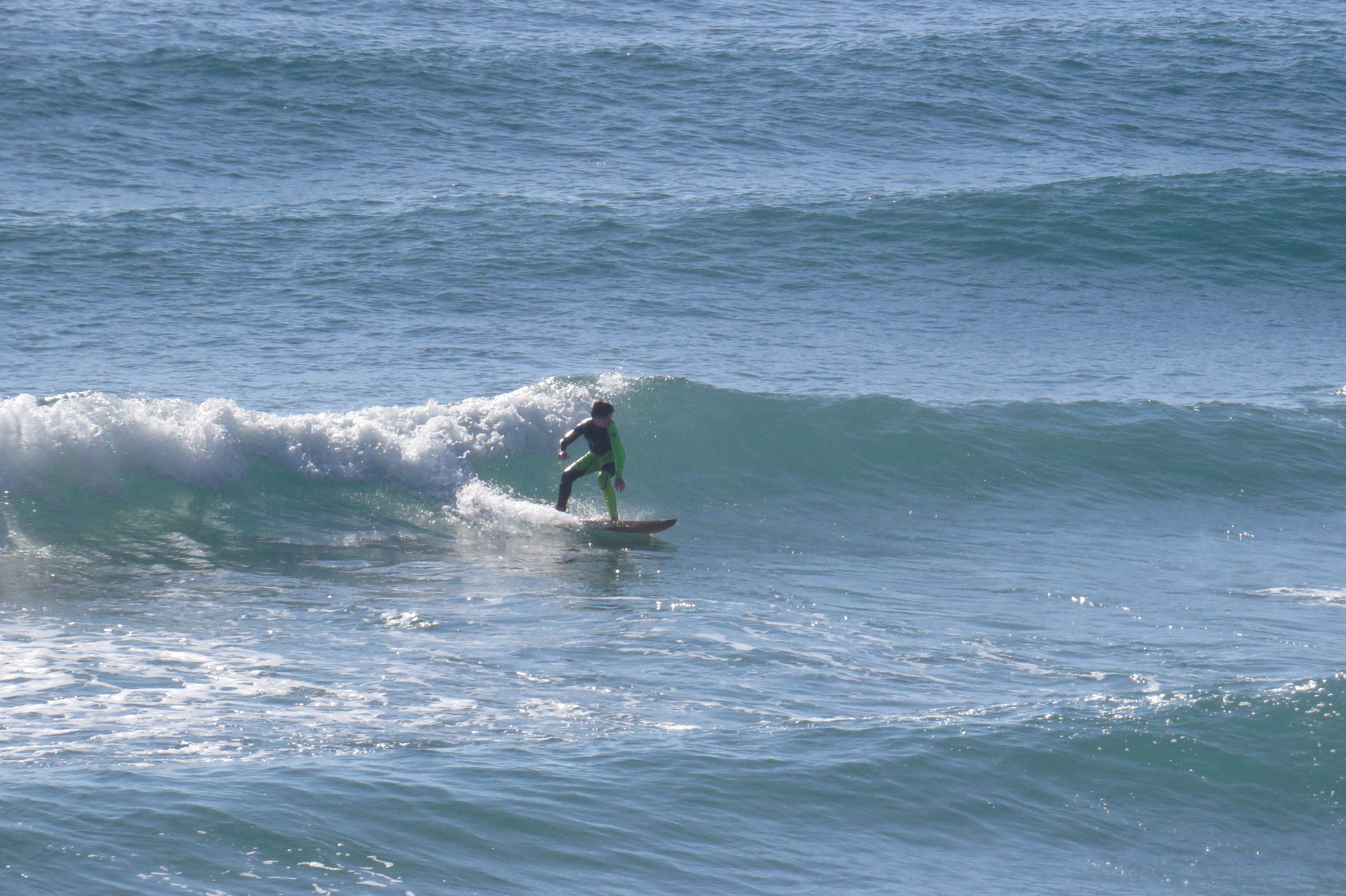 Trough the eyes off a Gromm,

Long story short: If someone asks me what age I am I usually respond by saying I´m 14. This has changed lately by some people just assuming I said that I am 40 and shut up, thinking I look pretty ok, for 40. And my whole joke goes out of the window. Reality is, I do often feel like a kid. Especially in the water. Everything can be so fresh, new, overwhelming and beautiful that it feels like the ´first time´ every time again. Especially when I am surf guiding… 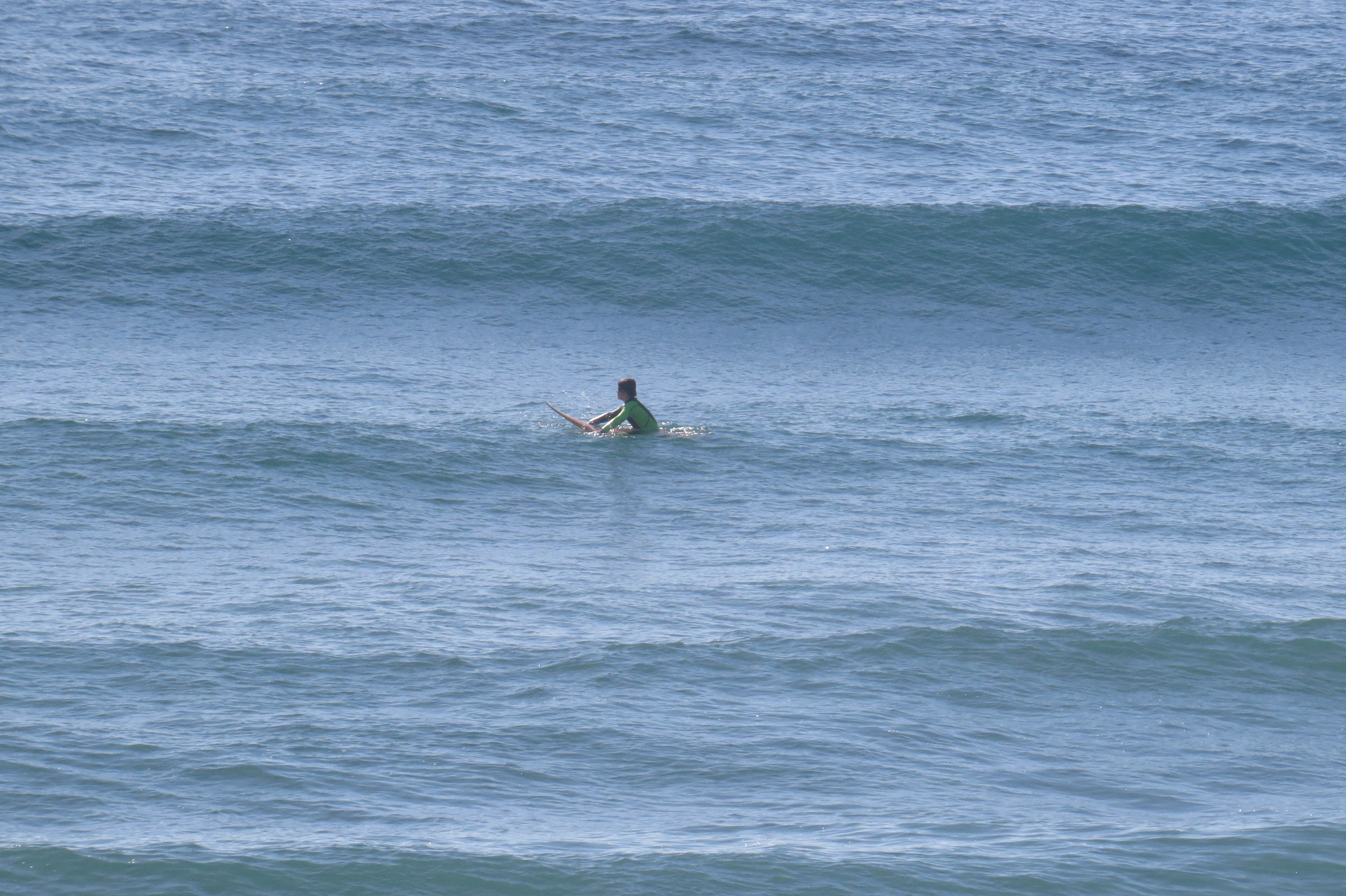 Surf kid on my old board in just perfect conditions at Porto de Mos.

Sold a board, got a friend

One of my surfboards was for sale and got taken over by a kid a few days ago. Because both parents are not surfers and it´s still a pretty serious amount of money for an 11 year old, we let the kid try the board before he bought it. That day I took him under my wing, starting of by guiding him to a nice beach to try the board together with me. Gave him and his mother a few pointers how to handle the board with care and we actually had a super fun surf together.

Just a few days later on a sunday the surf conditions looked super friendly and I contacted the kid again to see if he was up for a small wave in Porto de Mos. 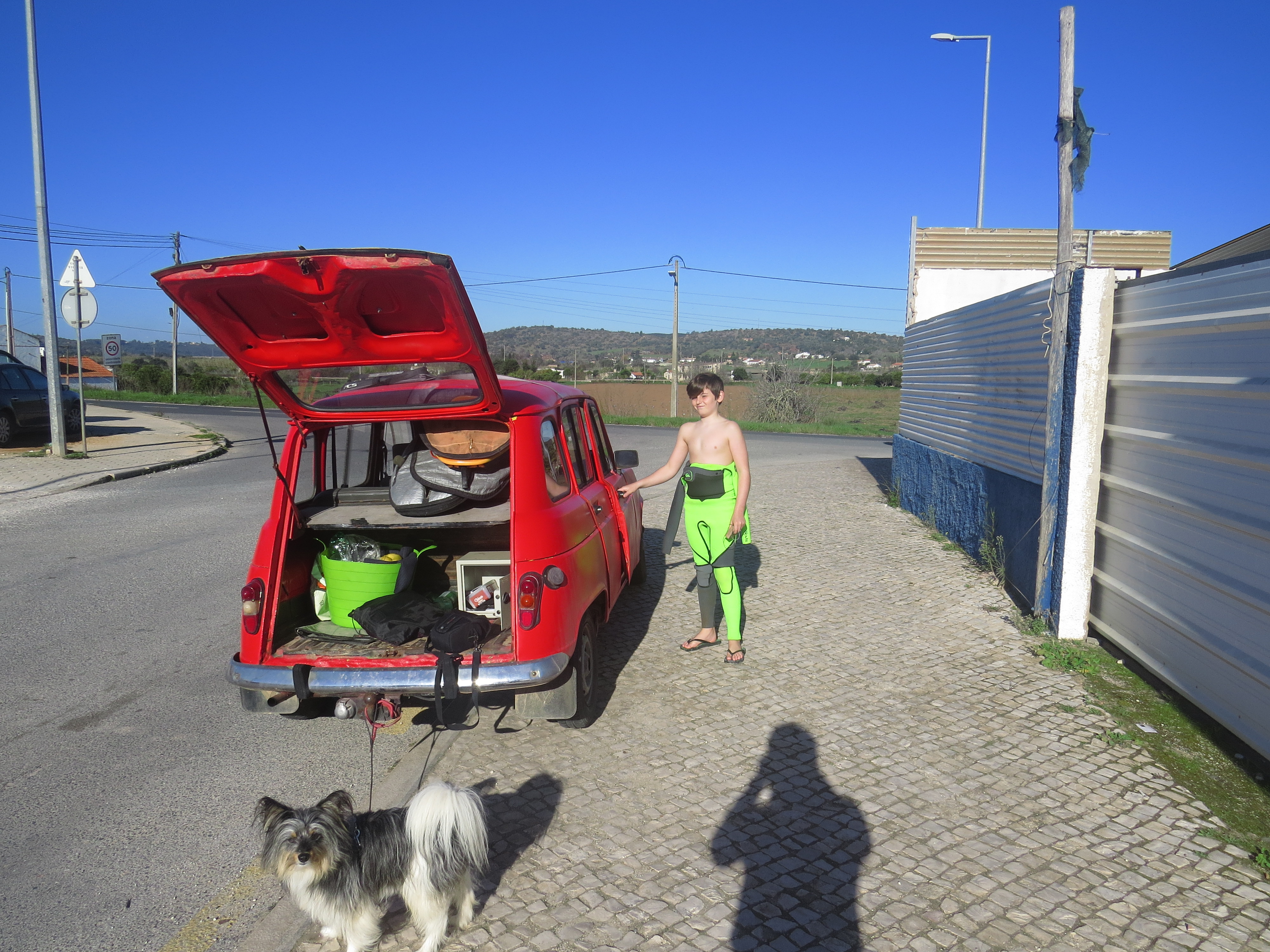 I picked him up close to my house and when I got there He was already in his wetsuit ready to go! (not even close to a beach or waves yet.)

Proud he showed me his new color-matching Leash and Surfears earplugs that I recommended him just a few days before. Once we got to Porto de Mos we got what we were hoping for. Super fun glassy blue/green waves with not a single soul in the water. We both got a lot of waves. It felt like summer, I decided to go and give the dog some water and try to shoot a surf picture. (see a little higher in the story)

By now the sun had gained strength and more people had come down to the beach. It really felt like summer in the middle of winter. What a great surfguide adventure again.