Time to fish at Tonel, 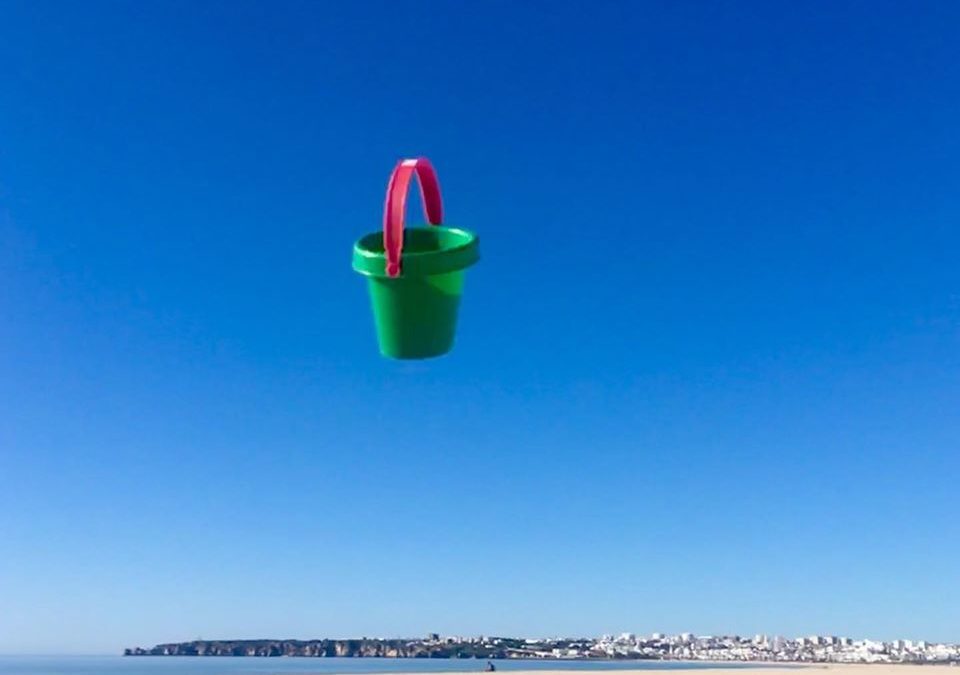 Everyone who ever bought a new surfboard knows this feeling: Its like money burning in your pocket. You need to try it, however, what if the conditions are far from perfect. Well, I guess you try anyway right?
I have a new(ish) surfboard. It is a fish, 5´4 way much more volume then I normally surf (26 whole liters..) and has 2 fins instead of 3 my usual 3. Check her out. 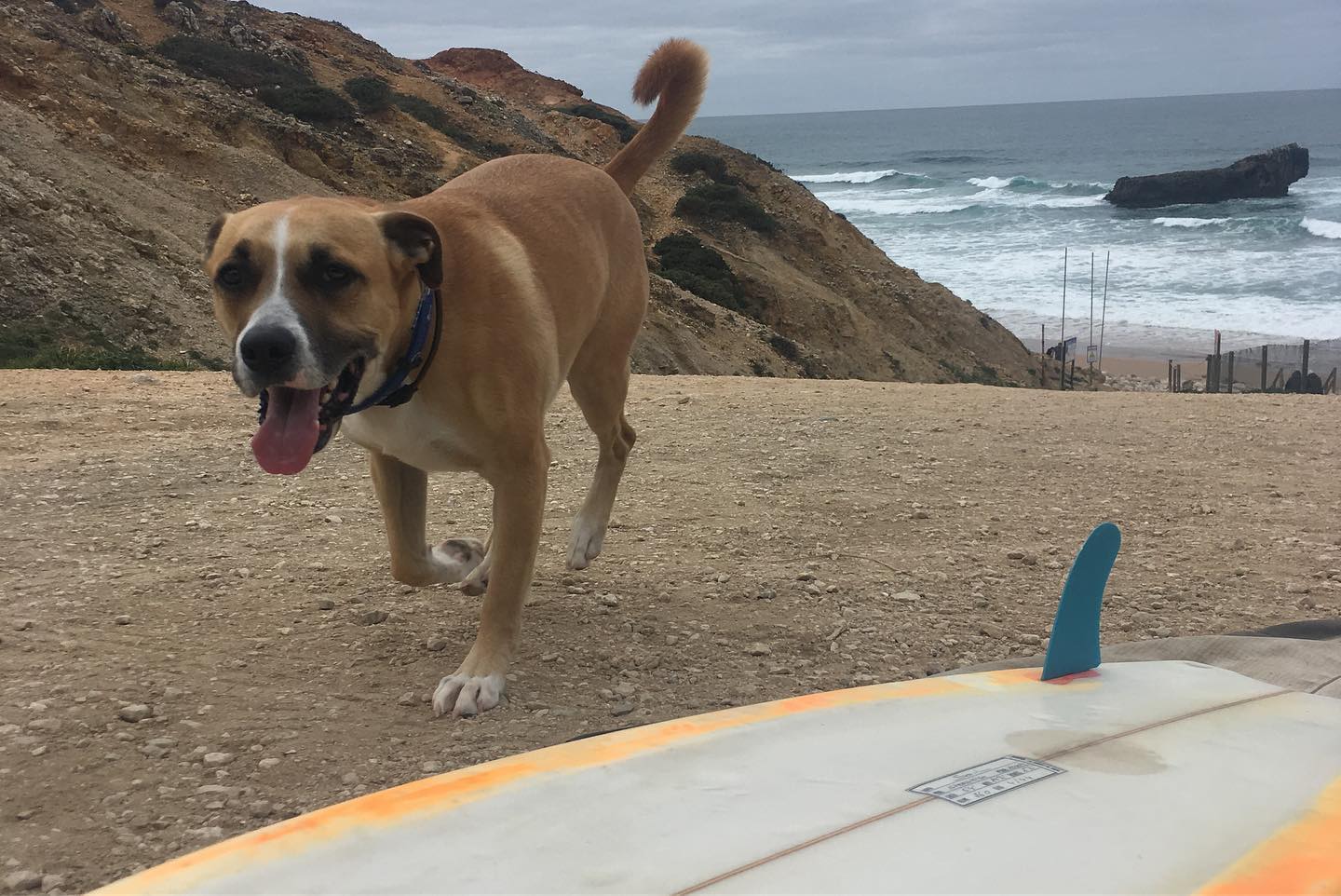 There is more dog on the pic than board, but in real life there is also more dogs than surfboards…well not in my house…well you get the point. This dog is my friend´s who i started to surfguide a few months ago and than became friends with. as a result now we just surfbuddies.

Tonel looked kind of angry with a little onshore. However I believe I had my best surfs niot when it was epic surf full with people. There is plenty of waves to surf on a day like this. 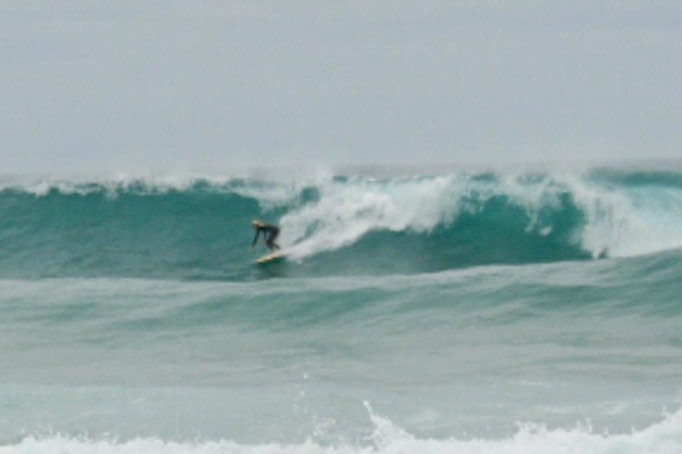 First surf at tonel on the new fish board. Maybe a little to big?

Speed kills, speed things up, speed drugs…all bad. But when you surf you want to go fast. The faster you go the more water you throw. And before you know it your throwing buckets 🙂
This board has absolutely no problems getting speed. However, handling all this new gained speed causes a few problems. Surfing close to the pocket seems much harder. And so is doing turns. 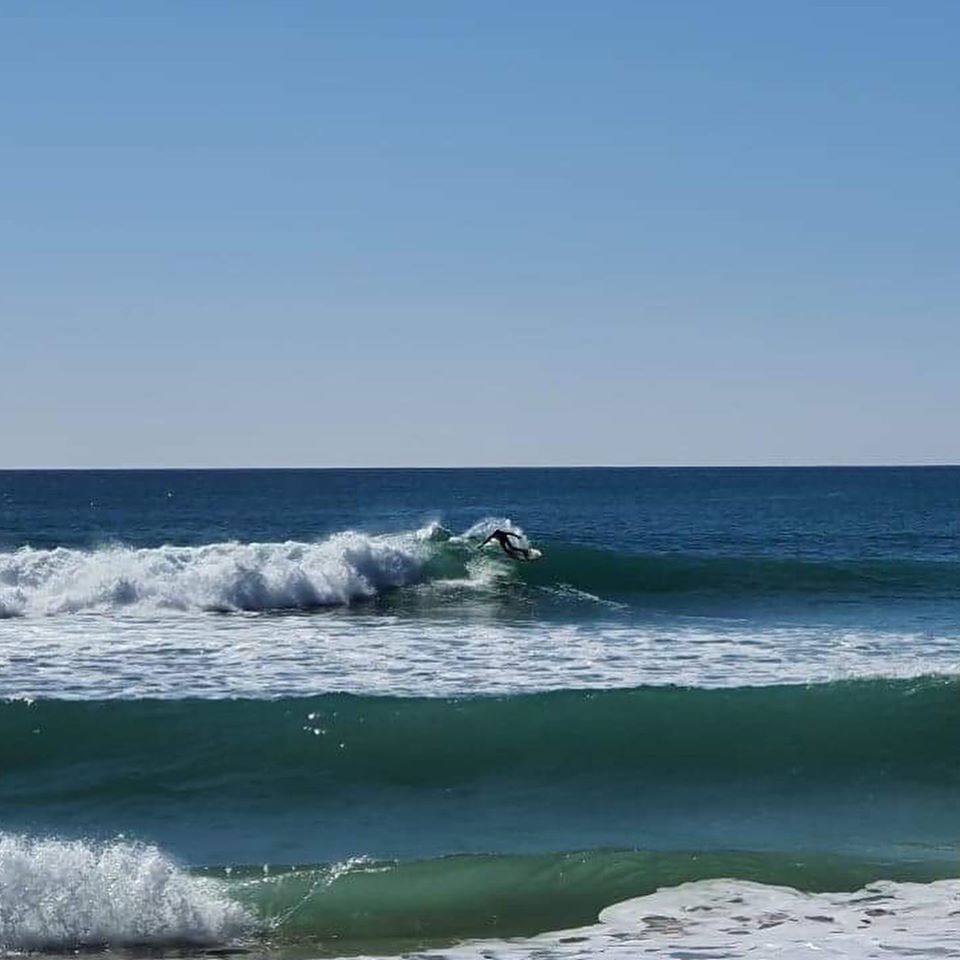