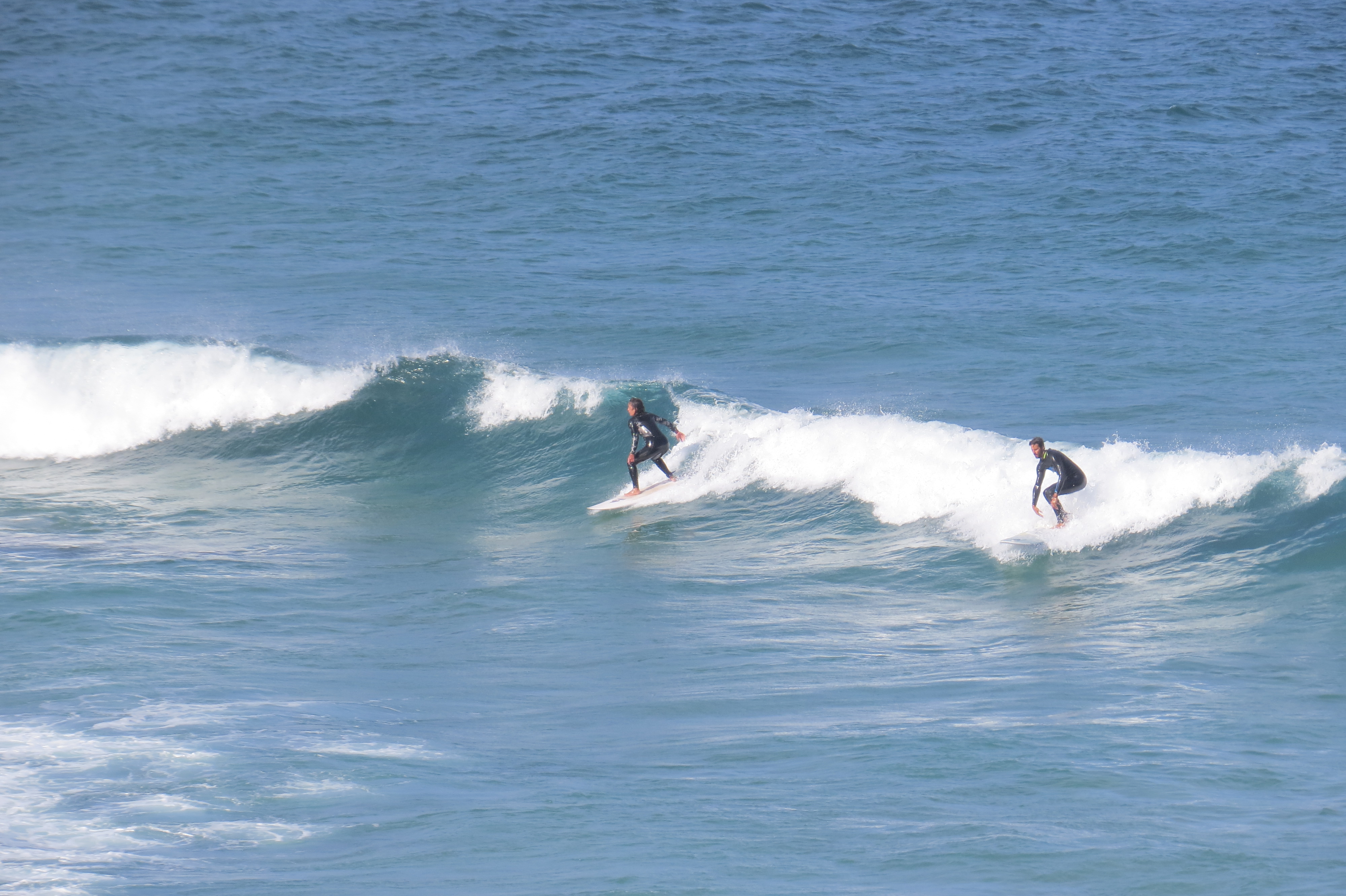 With a super fun size swell coming our direction the hopes are high. Good waves are on the way. The wind looks not so bad and the tide is in our favor to hit the beach early. Put the alarm on early o clock and lets go surfing.
Summer forecast seem to be a little harder to trust and the promised waves were simply not there. But with a lot of stoke and wetsuits already on we know a spot that simply almost always has waves: Tonel. 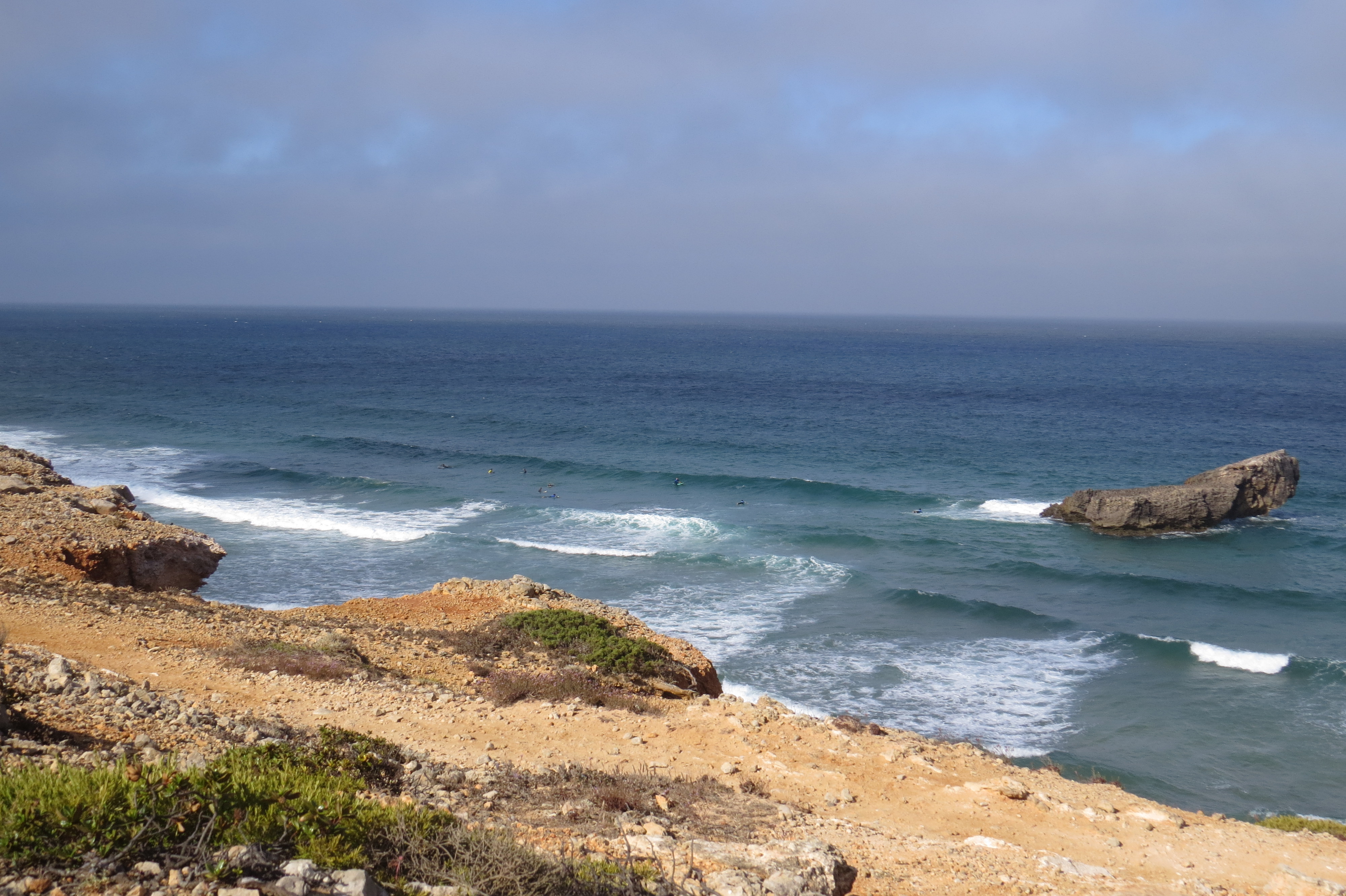 No wind in summer?

But is Tonel not nicknamed wind capital of Portugal? Well yeah, it is often very windy. But a surfguide you do not book to surf a windy spot now do you?

Here is our surfguide guest sharing a wave at tonel. Its always super fun to share the time in the ocean with the people and there will be not ever one session that we will not join you. But its also super fun to have a few surf photos and reminders of the surfguide adventure. So with this in mind I went out and made sure I captured the last ride of our guest. 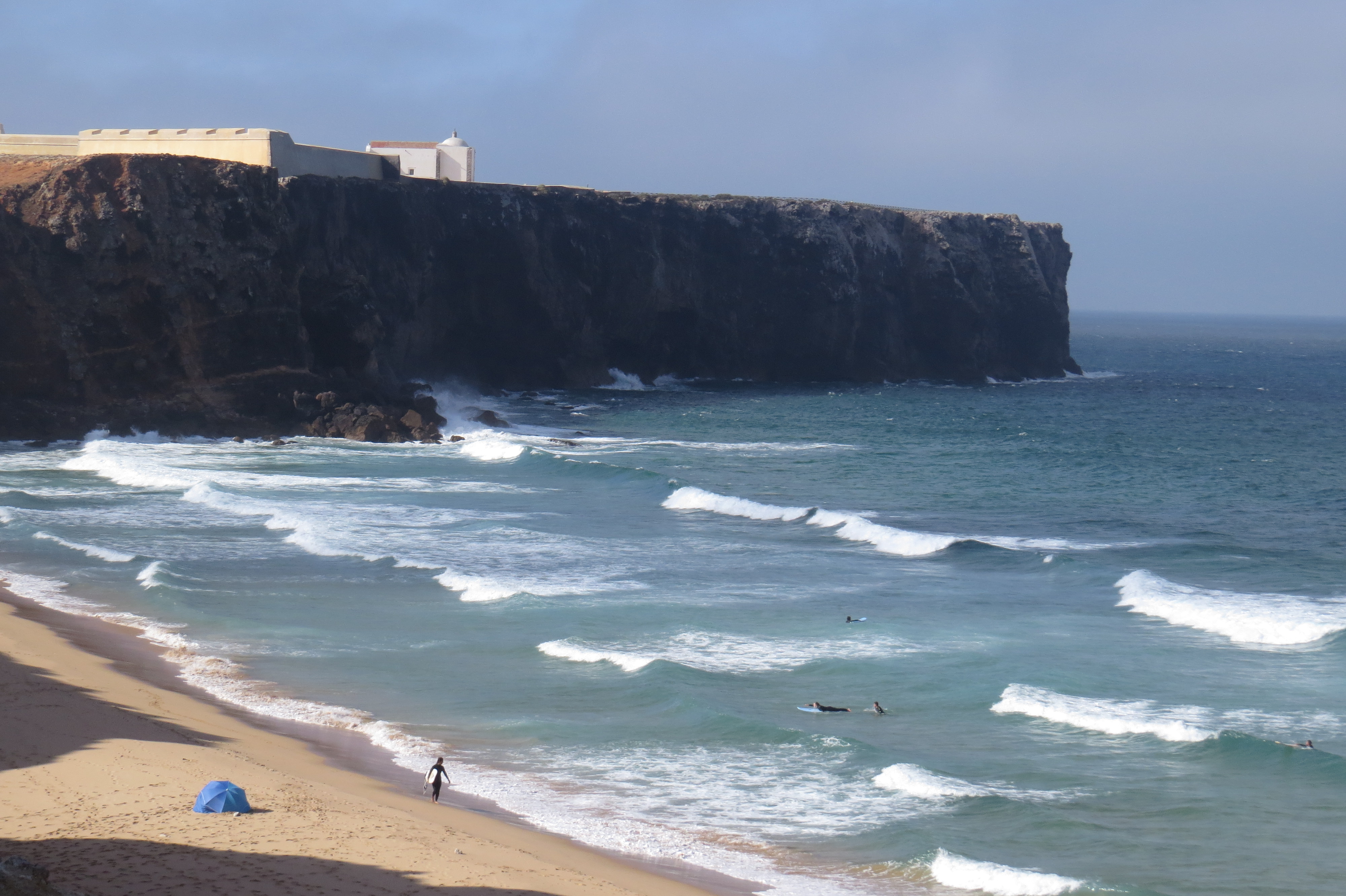 How incredible is it to surf under a super old fortress surrounded by cliffs and ocean. Tonel surf beach really is one of the most pretty surf spots we can show you. (If it is not too windy and the waves are fun 😉