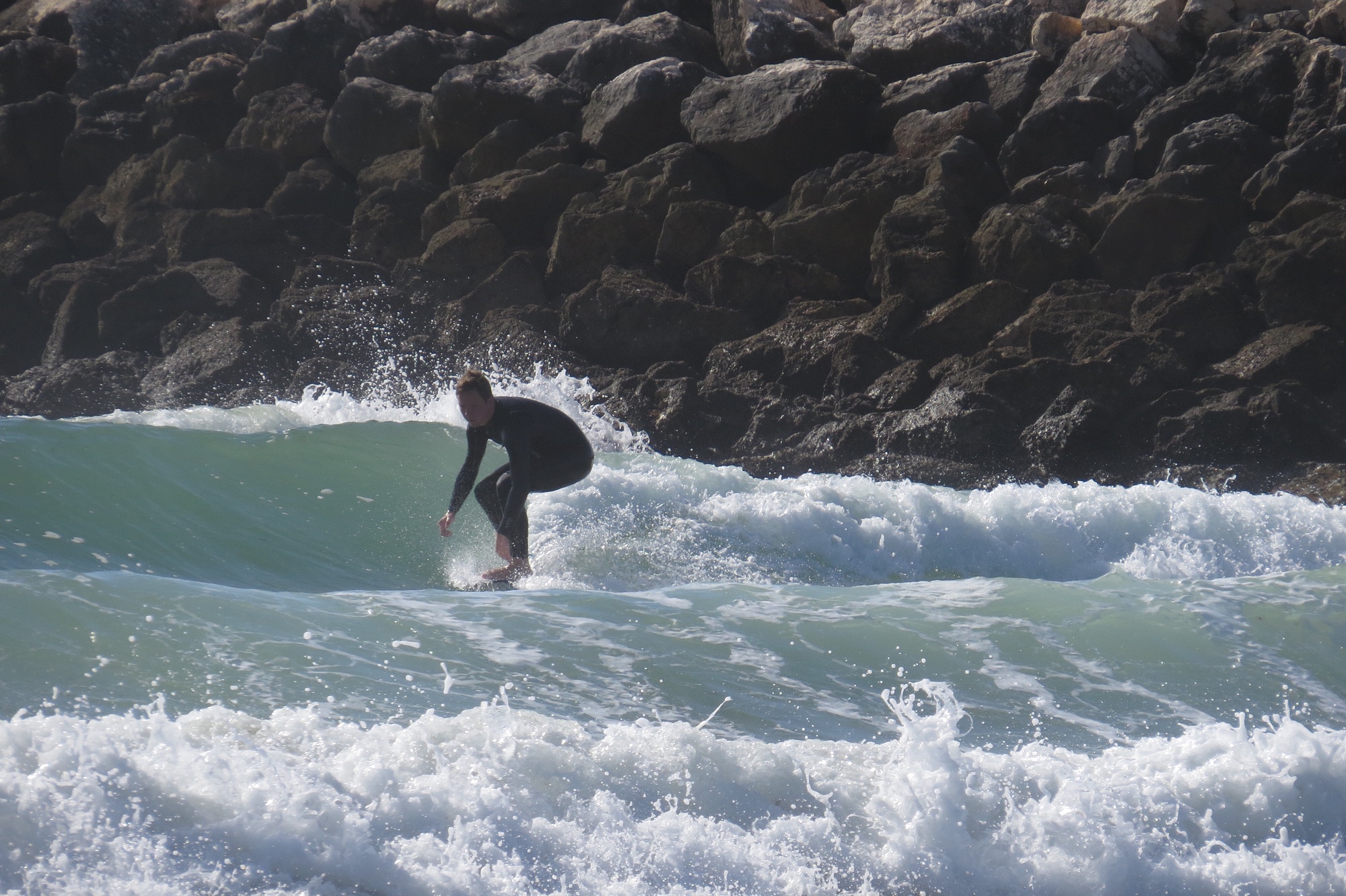 Living (near) Lagos means a lot of good things. First, it is sunny about 366 days a year. Second, there is a lót of cool places to go and things to do. Third, we always have to drive at least half an hour to get to the surf. O wait, that last one might actually be a negative feature. But why is it than that so many surf hostels, schools, shops are all located in Lagos? Good question. Anyway, when there is surf in Lagos, everyone who can drops everything they should be doing and get´s their fair share of non-driving waves. Right on their doorsteps. 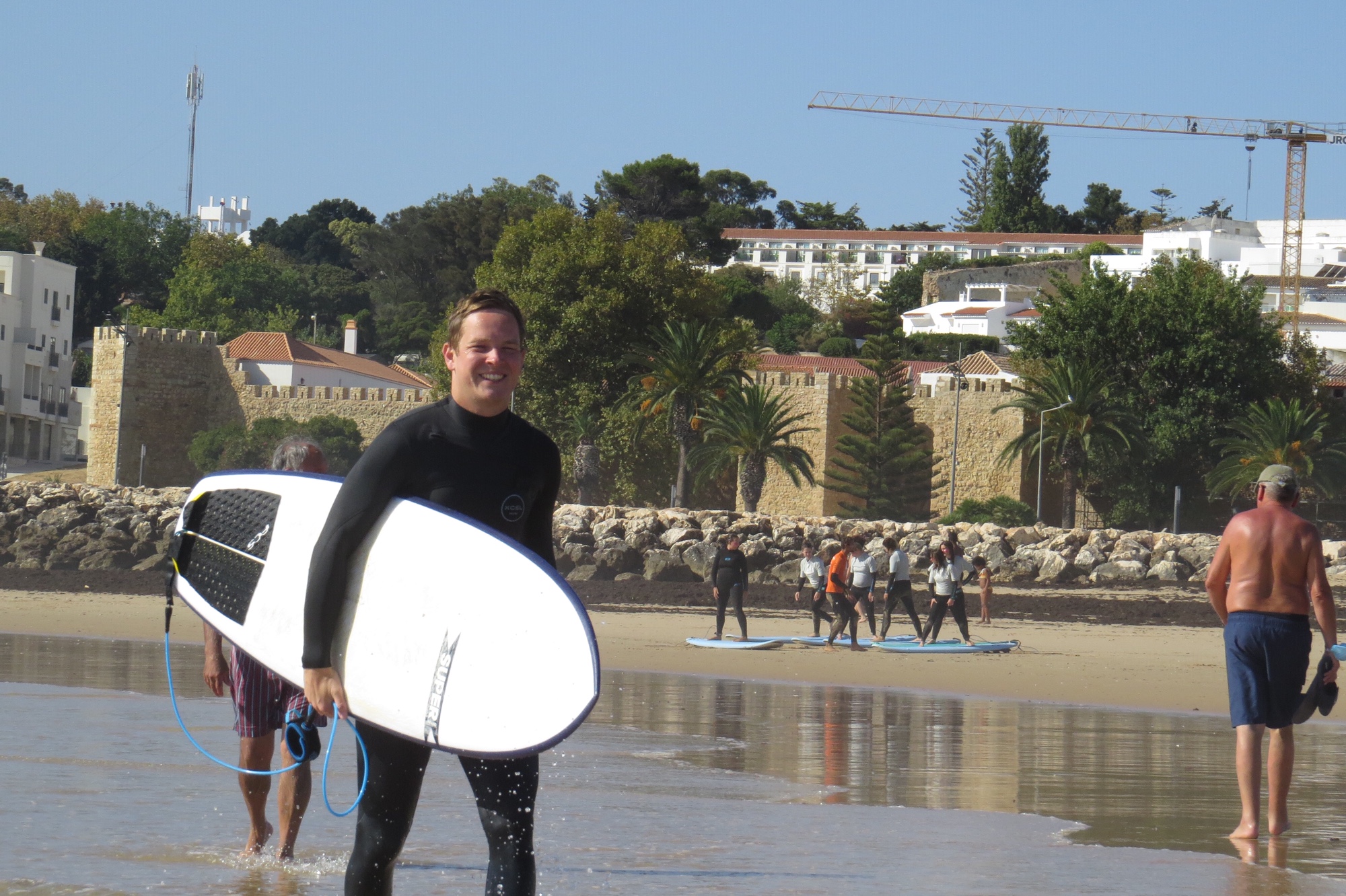 Have you ever surfed next to a castle? Lagos surf. 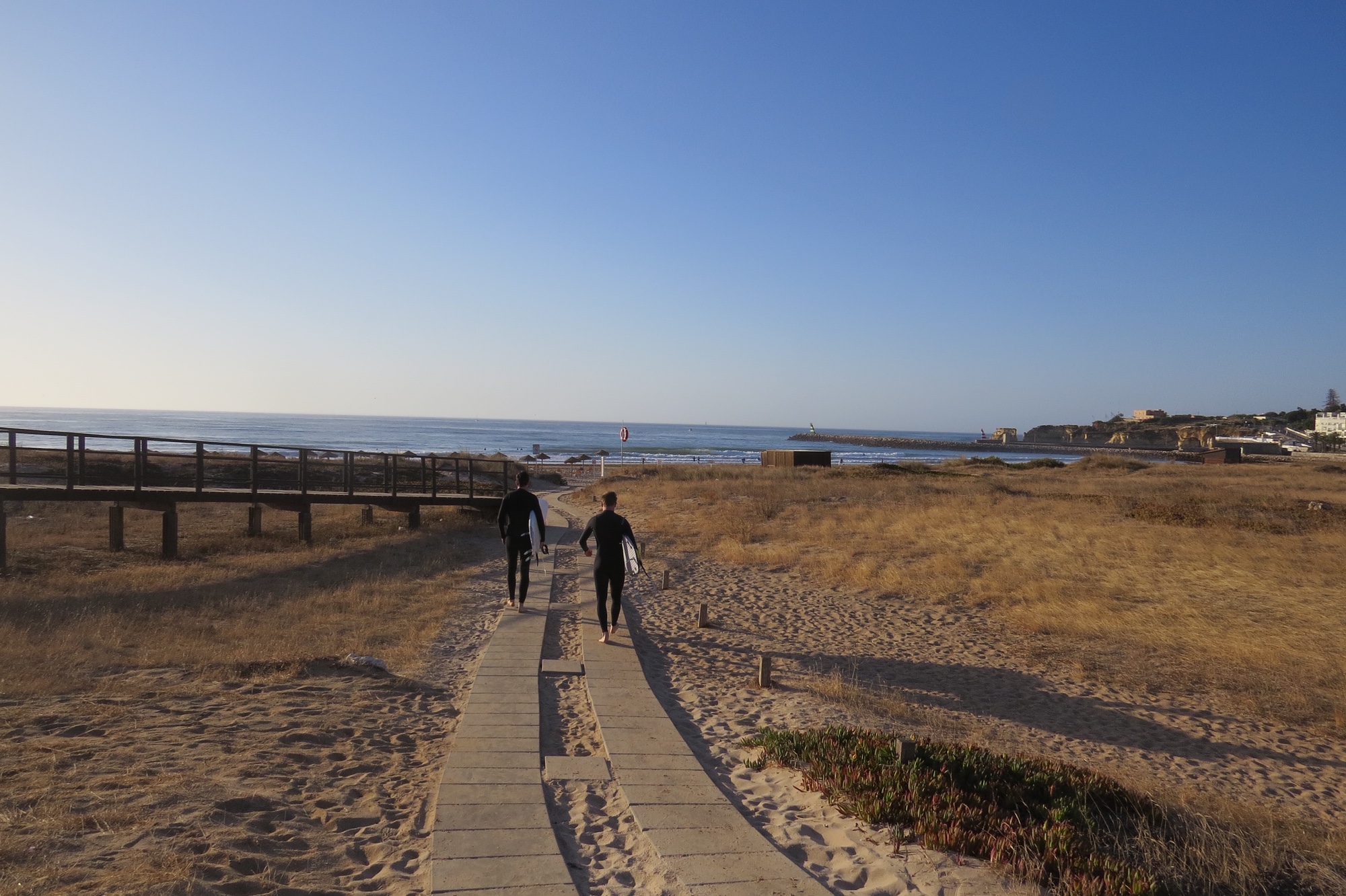 Sunrise, maybe a handful of people in the water. Surfguide guests walking to meia praia. At the right spot at the right time!

Surfguide Algarve is moving. What really? Yes, really. For many reasons we think Lagos is an awesome city and there will for sure be moments we will miss it. But we bought a beautiful little house in Vila do Bispo. Blind yourself with whatever you have in front of you. Take the map of the beaches of the Algarve and point in the middle: That´s where we are going to be. We will reduce our driving by about 90%. And with this also reducing our carbon footprint. (And than when the baby is here mr. surfguide can maybe also just sneak out for a short surf instead of being away for a full day.) 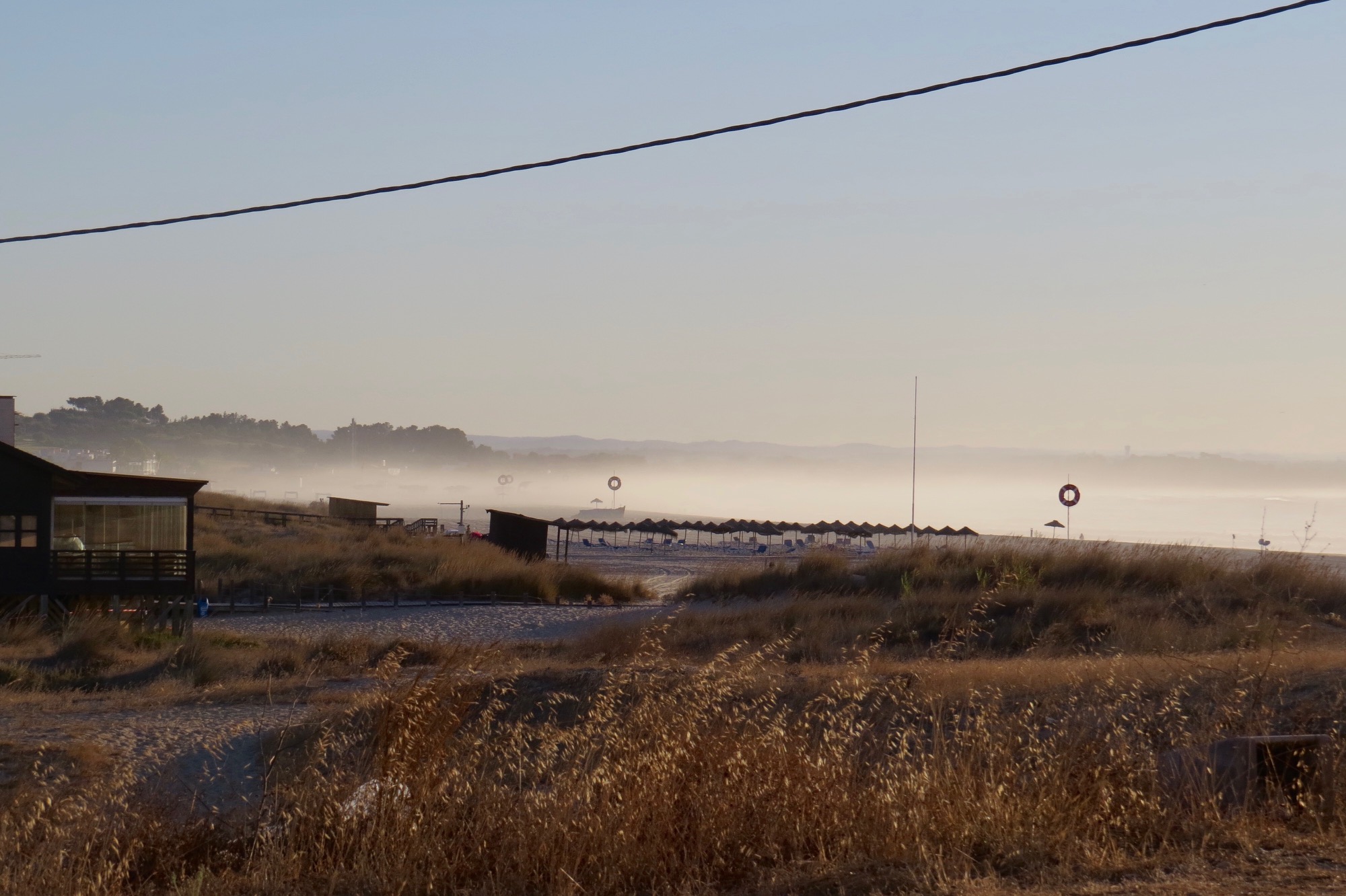 The beach of meia praia making it a little more dramatic with the mist coming from the waves.

Obviously this does not mean we will never surf Meia Praia again. The surf can be absolutely amazing. And so were the last few days here.
Mixing super glassy point-break style waves at Meia Praia with the colder but beautiful blue waves of the west coast. Life is a dream sometimes. Stoked to share this with these guys: 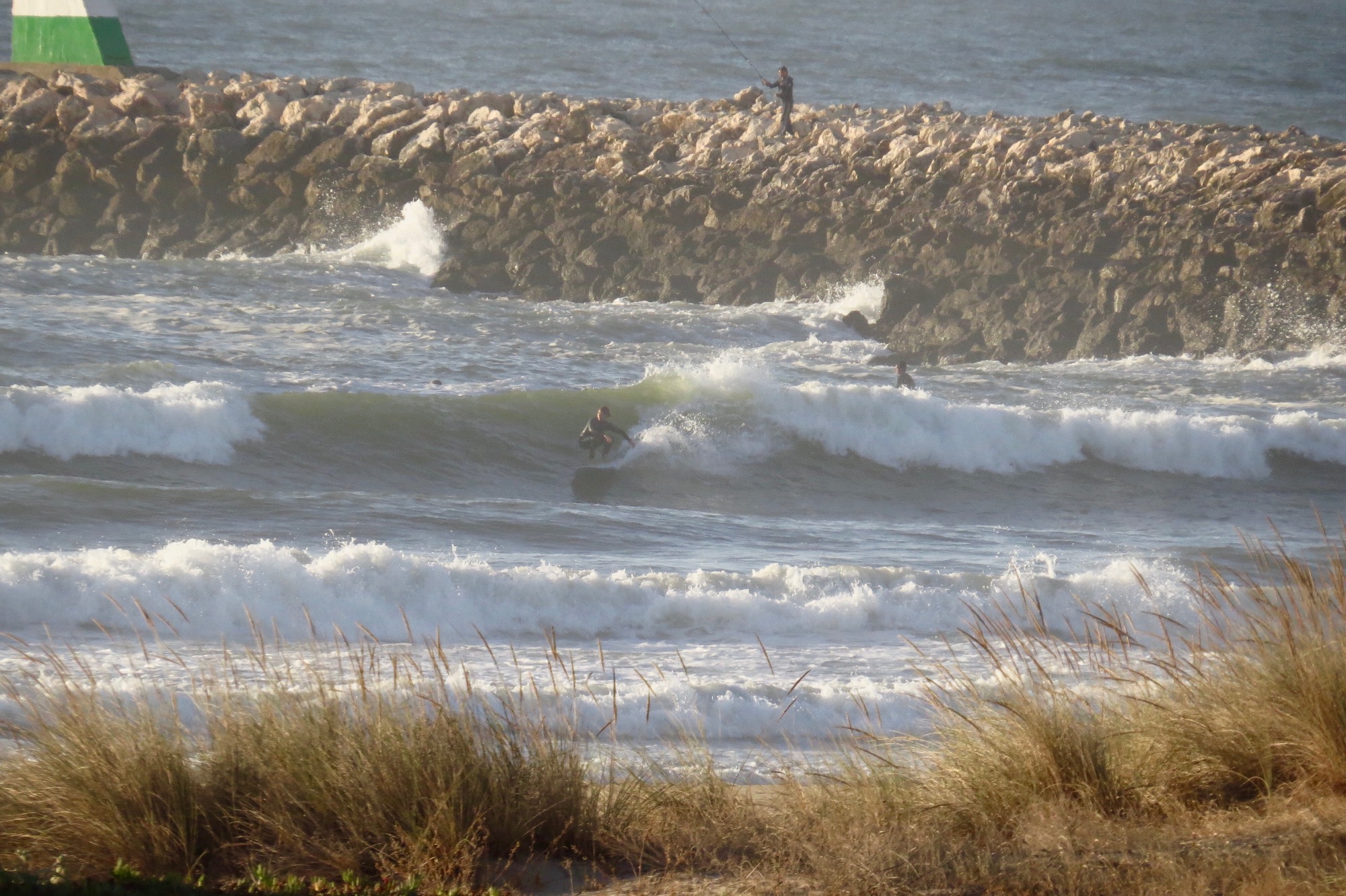 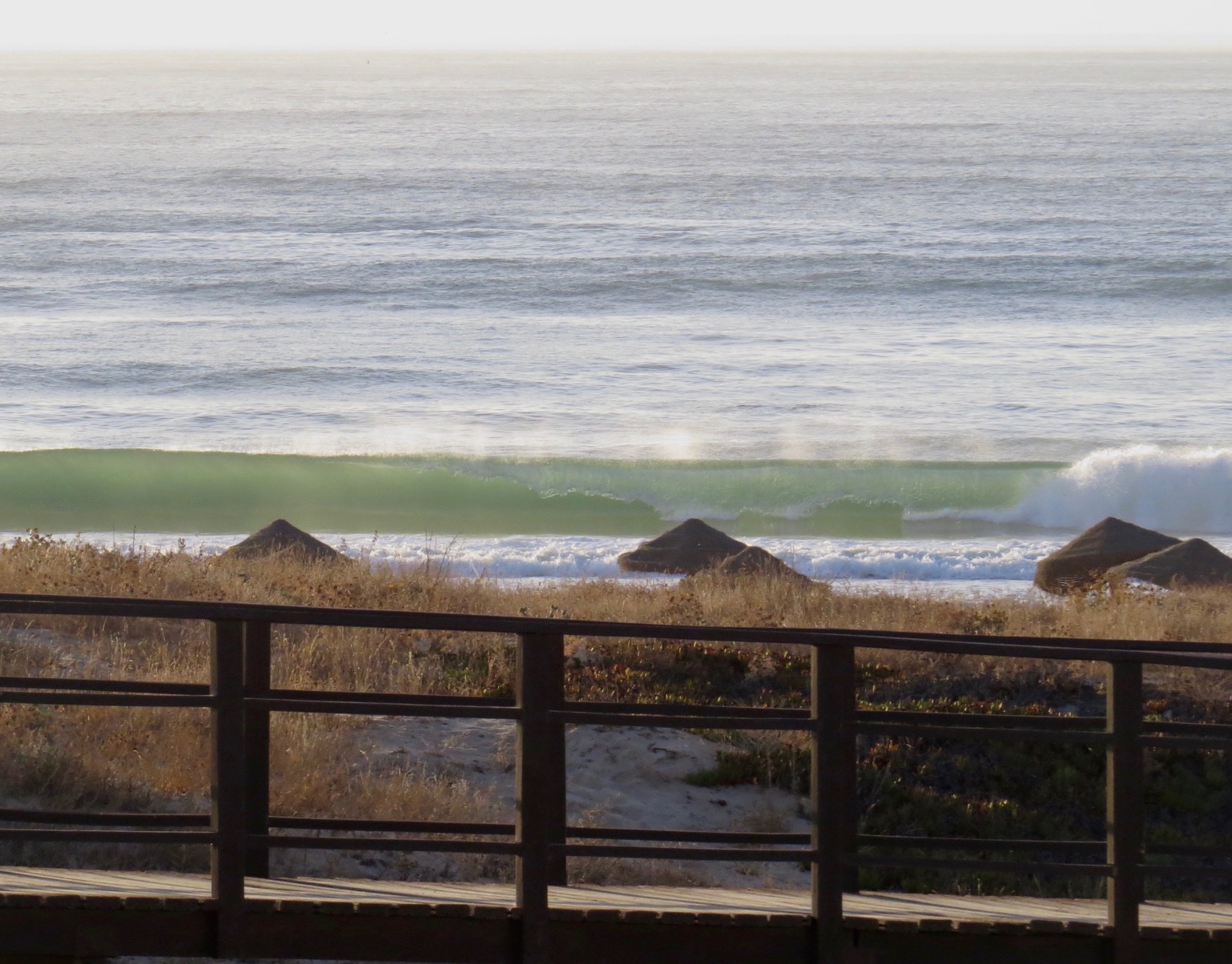